Khamzat Chimaev Sizes Up Potential Opponents, Has Fun With Darren Till 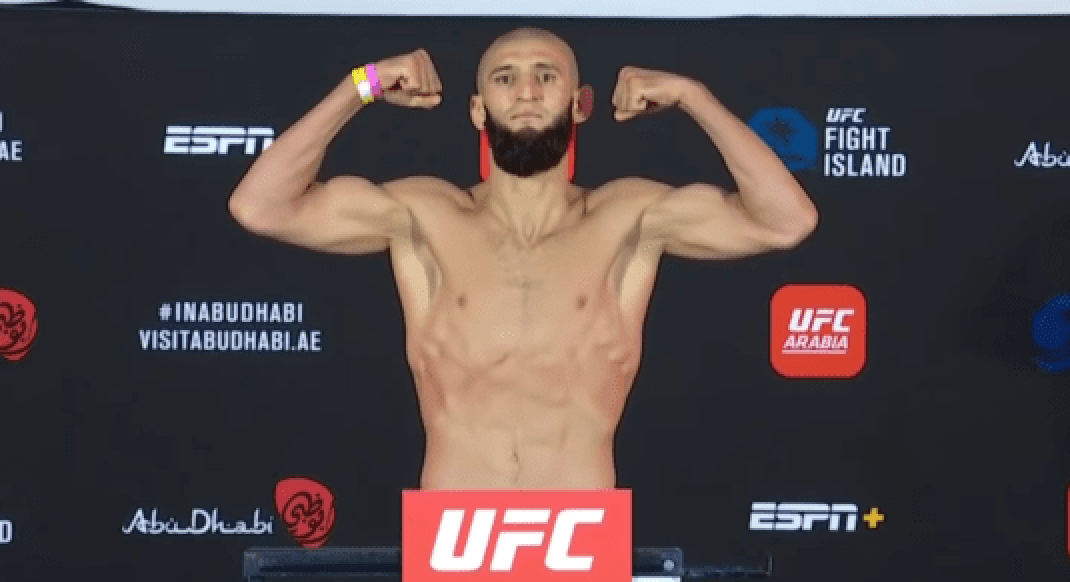 After an exciting first three performances in the UFC, which saw him finish three opponents in 66 days, Khamzat Chimaev is willing to fight any ranked opponent in the welterweight or middleweight divisions.

Speaking to the media on UFC Fight Island in Abu Dhabi (as transcribed by MMA Fighting), Chimaev was asked if he knew who he was fighting next.

“I don’t know,” Chimaev said. “I’m waiting for somebody. We will see. Many guys say, ‘He’s not top ten. Nobody knows him.’ Everybody talk about me, how they can say that nobody knows me? I think these guys are scared, they talk bulls***.”

One man who has entertained the idea of facing Chimaev is Darren Till, who previously fought for the welterweight title but now competes at middleweight. Although the Brit has a fight booked in December against Jack Hermansson, he said he would fight ‘Borz’ afterwards.

To no surprise however, Chimaev is confident he would beat Till.

“No, why surprised?” Chimaev said. “This guy’s a nice, but not my level. I’m going to take him down, I’m going to smash him. I said to him, come to Abu Dhabi, I’m waiting for you.”

In the last couple of days, the two have been enjoying some light-hearted back and forth on Instagram and on each other’s comments.

Another name that has been linked to Chimaev is the former two-division title challenger Damien Maia, who has four times as many fights as the 26 year old.

UFC President Dana White had previously discussed this matchup but it’s unlikely to happen now. If it were to happen however, the newly acquired BJJ blue belt plans to use it as an opportunity to showcase his jiu-jitsu credentials.

One of the other big names that has been mentioned is welterweight veteran Neil Magny. Speaking to ESPN this week, UFC president Dana White stated that ‘The Haitian Sensation’ is the only fighter to want to fight Chimaev right now, and that he should have an opponent confirmed for the Russian Swede in the next couple of days.

“The Belt Is Coming”

Regardless of who is next, Chimaev believes that a title shot is inevitable by the end of 2021

“For me it doesn’t matter,” Chimaev said. “I want to fight, I love to fight. The belt is coming. What are they gonna do? I finished all my opponents. They have to give me the belt.”

When asked which champion he’d rather face, the welterweight champion Kamaru Usman, or middleweight champion Israel Adesanya, Chimaev said he was down to fight either champion.

“It doesn’t matter,” Chimaev said. “I do my hard work in the gym, I’m ready for everybody.”

Who would you like to see Khamzat Chimaev fight next?