UFC: Tony Ferguson Hits Back At Khabib And Ali Abdelaziz 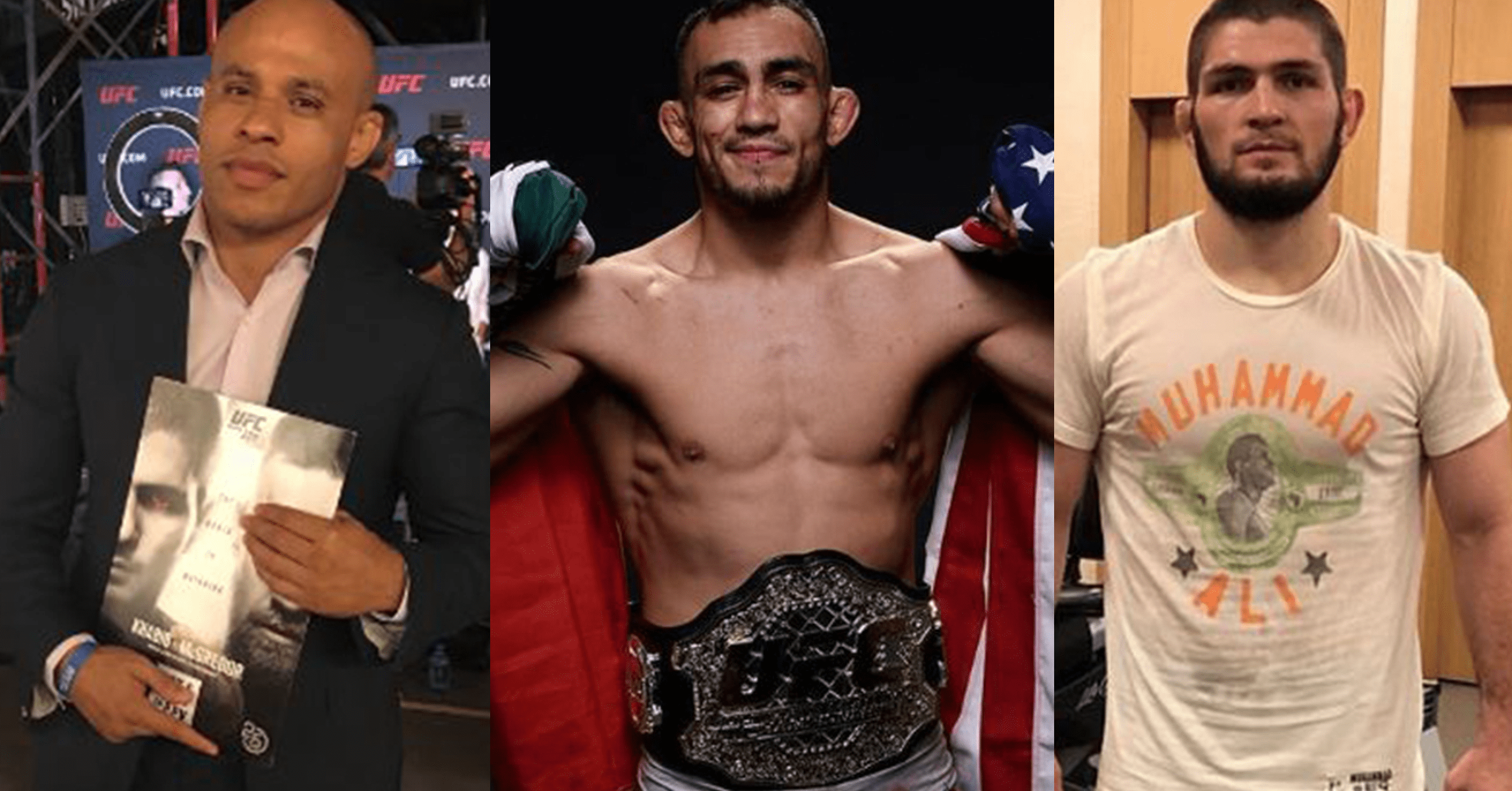 The 9th of May 2020 is the date that many fans gave up hope of ever seeing Khabib Nurmagomedov vs Tony Ferguson. Not only did ‘El Cucuy’ lose the chance to hold the UFC interim lightweight title once again and secure a unification bout with ‘The Eagle’, he also took the type of beating from Justin Gaethje at UFC 249 that made fans question whether the 36 year old will ever be the same again.

Khabib and Gaethje will now fight on October 24th in the UFC 254 main event. And although the undefeated champion is the favourite going into unification bout on Fight Island, many believe ‘The Highlight’ will prove to be the toughest challenge of the Dagestani’s career.

Ferguson was in talks with the UFC to fight Dustin Poirier in the UFC 254 co-main event, but the fight fell through. Should Tony have won, he would have put himself in a strong position to challenge for the title again.

Speaking to ESPN however, Khabib said he thinks Ferguson is ‘finished’ now and will never be the same again, after the manner in which he lost to Gaethje.

“Nobody can be the same for a long time,” Khabib said. “One day, somebody gonna beat you, something gonna happen, God doesn’t give nobody the power, reaction, mental, one level, always. One day you’re going to go down and his day come. It was May. Tony Ferguson is finished now. He’s gonna come back, and someone gonna beat him again, I believe. Because when you take damage like this, you’ll never going to be the same. Never. Even if you’re Tony Ferguson.”

After Rafael dos Anjos was forced out of his lightweight clash with Islam Makhachev at UFC 254 after testing positive for the coronavirus, Ali Abdelaziz, who manages both Russians, offered Ferguson $100,000 to fight him, and another $100,000 if he wins. On top of whatever the UFC would pay him.

Despite Makhachev sitting just outside the top ten in the UFC lightweight rankings, Khabib stated that if Ferguson was to get past his close friend, it would put him back in title contention.

“Right now, [Ferguson] have choice,” Khabib said. “He can come to Fight Island and fight Islam. Islam have six-fight win streak, he is almost in the Top ten. Why not? Why he don’t want to take this fight? UFC is going to give him good money. Ali is going to give him $100,000 and $100,000. After this, maybe he can fight for the title if he win. But I think his time is finished.”

Following Khabib’s comments, Ferguson took to social media to hit back at him. While also throwing Gaethje’s name into the mix.

Ferguson then took the time to hit back at Abdelaziz and his ‘bribe’.

Khabib and Ferguson were scheduled to meet at UFC 249, before travel restrictions forced the defending champion to pull out and be replaced by Gaethje. It was the fifth time the fight between the two had fallen through.

Poirier, who couldn’t agree terms with the UFC to fight Ferguson at UFC 254, is now set to fight Conor McGregor on January 23rd. And having turned down a fight with UFC newcomer Michael Chandler, Tony finds himself without any obvious matchups.

Who would you like to see Tony Ferguson fight next? And do you agree with Khabib Nurmagomedov’s comments that ‘El Cucuy’ will never be the same again?