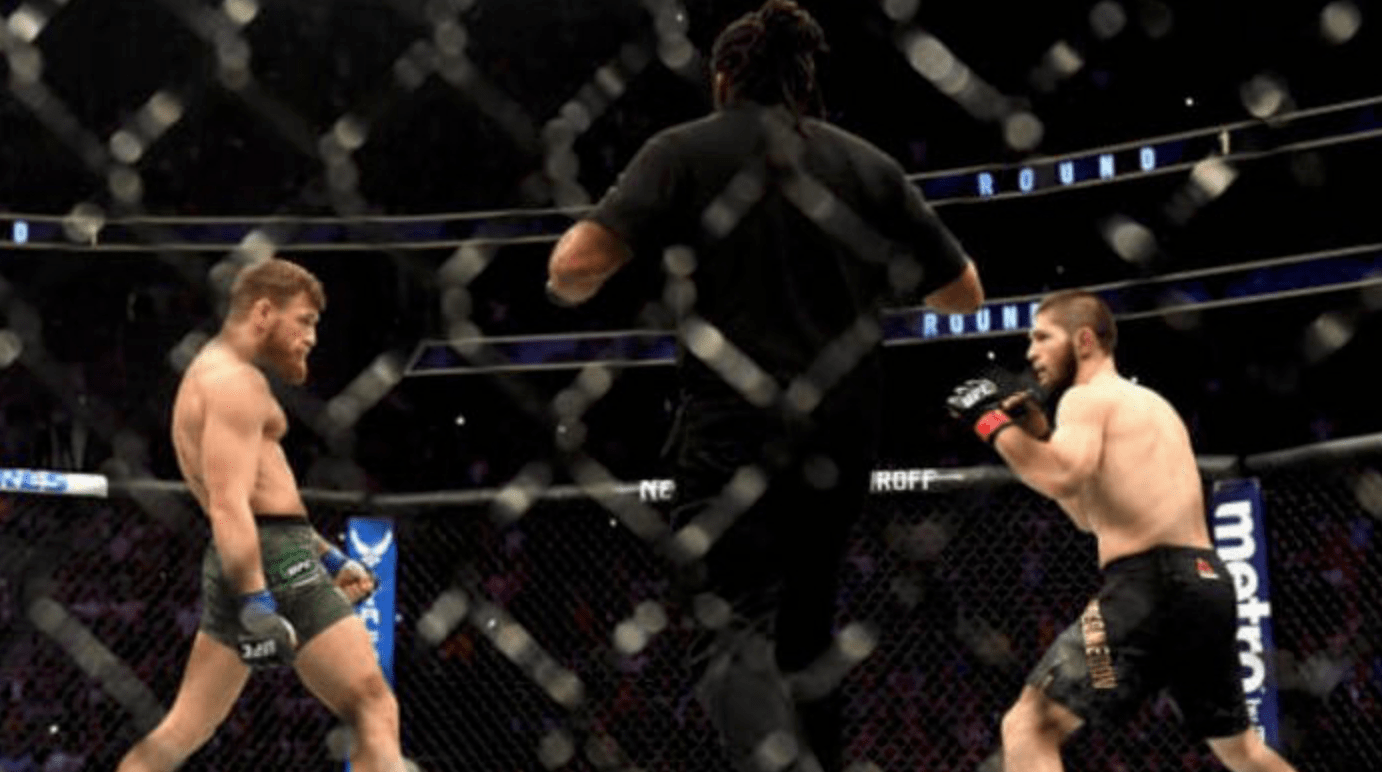 The feud between UFC lightweight champion Khabib Nurmagomedov and Irish superstar Conor McGregor is far from over.

Khabib and McGregor’s friendly relationship turned bitter in 2016 when the latter bypassed ‘The Eagle’ and other top contenders to fight for the UFC lightweight title. After a couple of years of trash talking, the two eventually squared off at UFC 229 in 2018, where the Dagestani successfully defending his title via a fourth round submission, in a rather one sided contest.

McGregor has been campaigning for a rematch ever since, believing he was winning the fight up to the point he was taken down in the fourth round. Speaking to The Mac Life (as transcribed by BJPenn.com), coach John Kavanagh said he also liked the idea of a rematch.

“I think Conor and Khabib are the two best lightweights, and it would be for me, of course from a coaching perspective, it would be phenomenal to see that contest again,” Kavanagh said. “Will [Khabib] come back? You’re asking the wrong guy. That’s Khabib. He seems the type of guy that if he says something, that’s it, but like Dana [White] has hinted, it seems to me there might be some wiggle room in those promises made. So you know, time will tell.”

The former two division UFC champion has previously cited a foot injury and a lack of motivation as reasons for his loss to Khabib. If the rematch does take place in the future, McGregor’s teammate Dillon Danis does not give the Russian much of a chance.

Speaking to the Nelk Boys during their Twitch stream (as transcribed by BJPenn.com), Danis said that a ‘focused’ and ‘motivated’ McGregor would finish Khabib within five rounds.

“The thing is, I don’t think it would be close, I really don’t. If Conor’s mindset is like how it is now, it won’t be close,” Danis said. “Trust me, I know what Conor McGregor can do, ability-wise. It wouldn’t be a close fight. Khabib is a one-dimensional fighter, Conor would put him away within five rounds. Look at his last fight and how good he did, that fight was his fight. With the right mindset and the right camp, it isn’t even close. I would bet my soul and everything I have in my possession that he would beat Khabib the second time.”

Dana White is set to meet Khabib next month in Abu Dhabi to discuss his future, after he announced his retirement following his successful title defence against Justin Gaethje at UFC 254. McGregor will also be in Abu Dhabi next month, as he faces Dustin Poirier in the UFC 257 main event on Fight Island.

With Khabib currently retired, Kavanagh has questioned why the McGregor vs Poirier rematch isn’t for the UFC lightweight title.

Do you think Conor McGregor beats Khabib Nurmagomedov in a rematch?