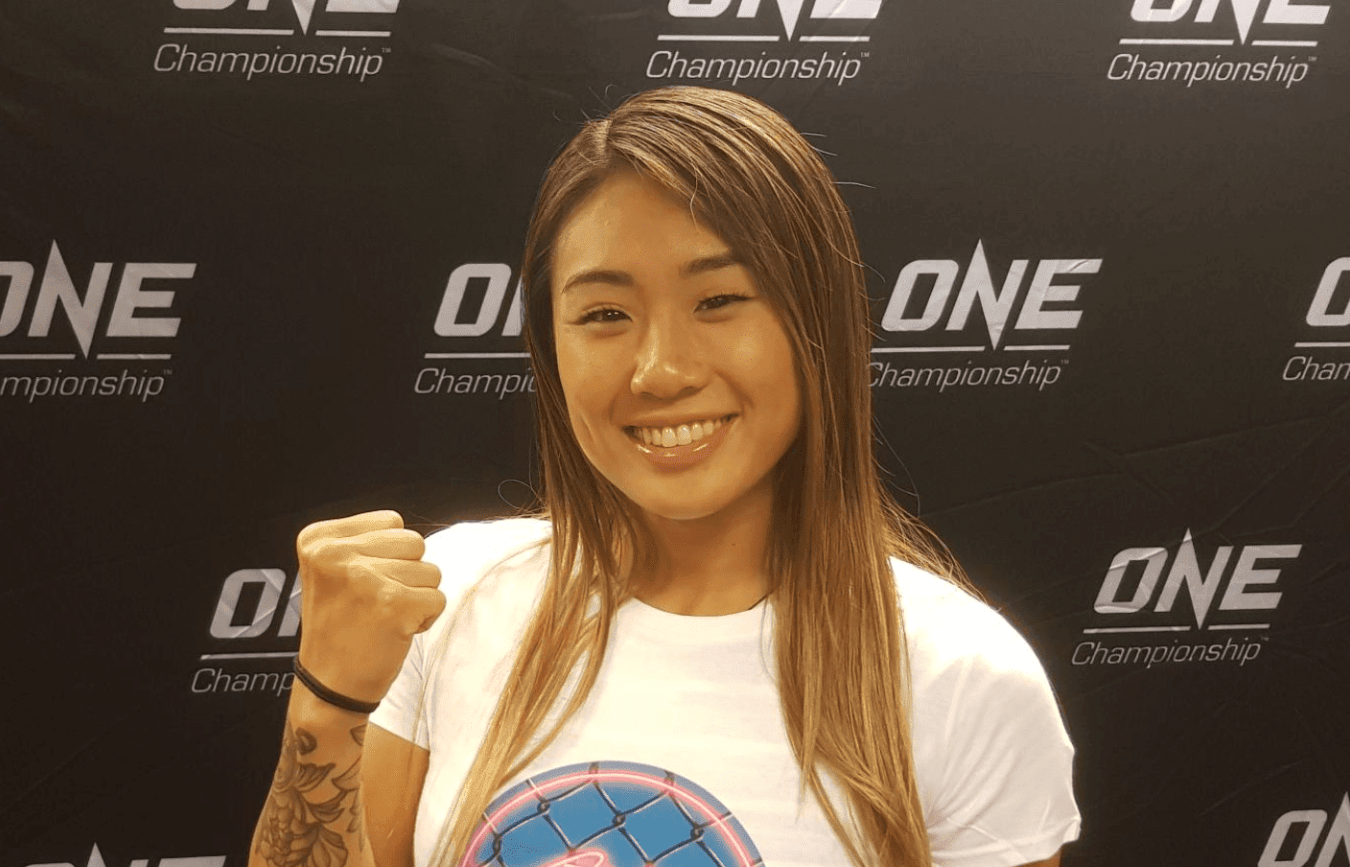 Five months on from her last fight, Angela Lee now knows who her next opponent will be. After Denice Zamboanga convincingly defeated Mei Yamaguchi at ONE: King Of The Jungle, ONE Championship CEO Chatri Sityodtong immediately announced that the 23 year old Filipina would challenge ‘Unstoppable’ for the ONE atomweight title next.

Speaking exclusively to Asian Persuasion MMA, Lee told us that she is excited to get back inside the ONE Circle, now that she knows who her next challenger will be.

“She had a great fight with Mei, I was definitely watching that. Yeah, I’m excited to get back in there and defend my title.”

“Well, I think for the atomweight division, they were trying to sort out the top contenders and to see who is next in line for a title shot. I feel that a lot of the girls were rising and they were winning their fights. But this fight right here, when she fought Mei, I think that was pretty clear who was going to be next challenging for the title, and she had a great performance. And yeah, now I know who my next fight is against.

“I think that Denice, she is definitely very talented, rising star in ONE Championship, for sure. And I admire that. She reminds me of myself when I was starting out in ONE. Just loving it, enjoying it, hungry to learn and [climbing] up the ranks. You know, everyone’s end goal is to become champion and she’s got that opportunity now.”

Zamboanga burst on the scene last December when she defeated Jihin Radzuan in front of her own fans in Kuala Lumpur, at ONE: Mark Of Greatness.

When we spoke to Zamboanga in Singapore, following her win over Yamaguchi, she told us that she wanted to face her ‘idol’ Angela on the ONE: Infinity 2 card in Manila, Philippines. Lee’s brother Christian is set to defend his ONE lightweight world title to Iuri Lapicus on this card.

When we asked Lee about when the title bout could take place, she told us that this was still to be decided but if it were up to her, it wouldn’t be on the same card as her brother’s first title defence.

“Yeah, it’s a pretty stressful thing for us and our family. The last event that we were both on (ONE: Century), worked out in both of our favours and worked out really well. But it was still really stressful, even though we [were] two or three fights apart.

“And now with Christian defending his world title for the very first time…if it were up to me, I would choose to fight on another card and give him his time to shine and [have] all the focus be on Christian.

How do you think Angela Lee vs Denice Zamboanga will go down?