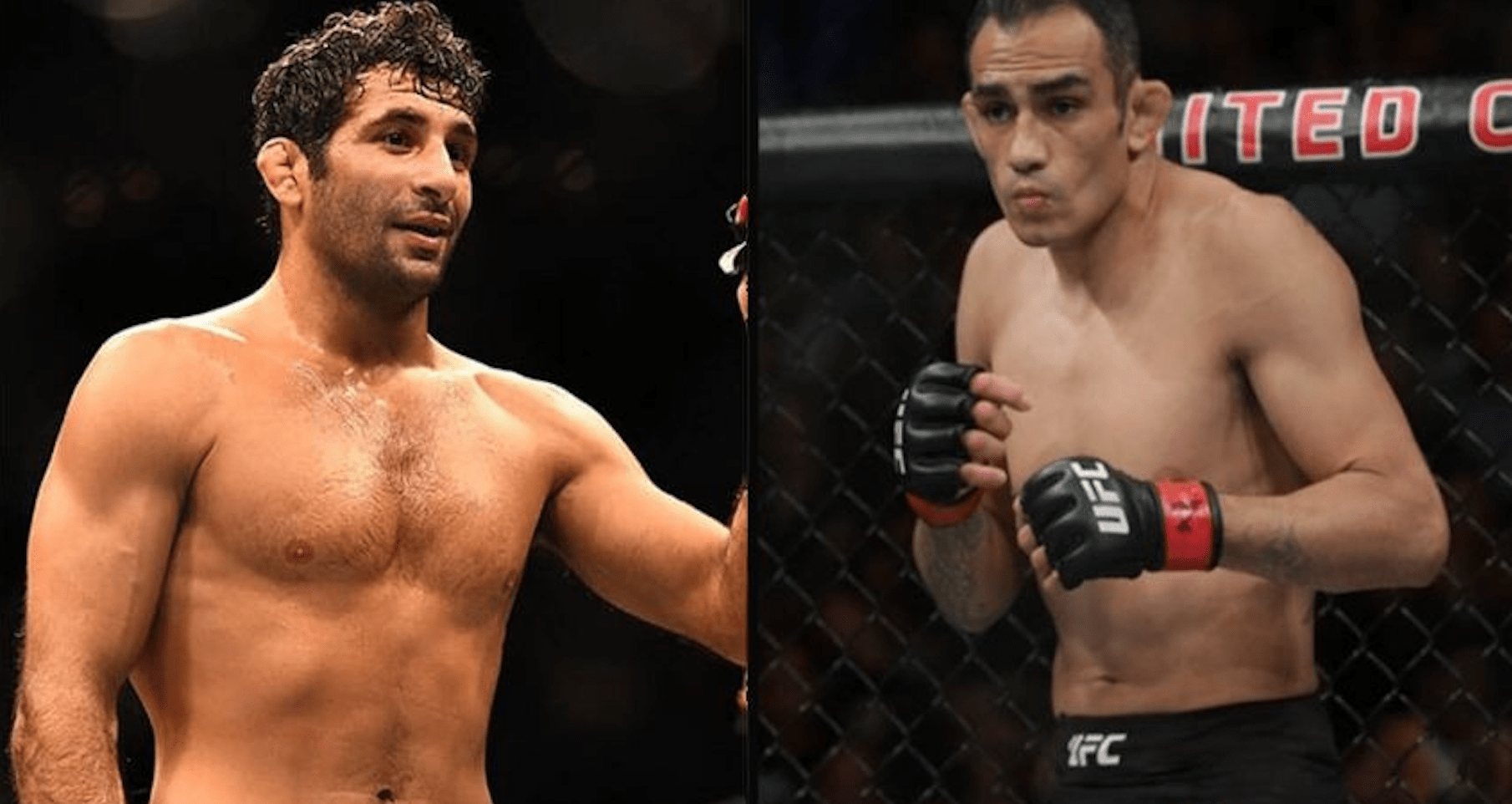 Beneil Dariush thinks he has the recipe to counter Tony Ferguson’s ‘chaotic’ fighting style when they face off at UFC 262 in a top ten lightweight contest.

Dariush is riding a six-fight win streak, with his most recent victory coming against Carlos Diego Ferreira via split-decision at UFC Vegas 18. While Ferguson is coming off two one-sided beat downs from Justin Gaethje and Charles Oliveira.

Speaking to SCMP MMA‘s John Hyon Ko, Dariush said that his goal is to fight fire with fire when he faces Ferguson on May 15th at the sold out Toyota Center in Houston, Texas.

“I’ve been joking about this,” Dariush said. “But I’ll tell you the same thing I told everybody else. The goal is to out-crazy Tony, so let’s see how that goes.”

Heaping praise on his opponent, Dariush said that Ferguson’s unpredictability allows him the freedom of not sticking to a particular game plan.

“It makes actually training for him really difficult, too. Because, what I am going to drill? What am I going to focus on? I’m kinda enjoying this. It’s a freedom I haven’t felt in a while.”

Before he piled up six wins in a row, Dariush went through a rough patch inside the Octagon, winning only twice in six fights. However, he always had faith that something good was just around the corner.

“It’s been trusting God that through the difficulties there was something coming,” Dariush revealed. “And I didn’t know what it was. I didn’t even know it was gonna continue to be in fighting, but something good was coming. I just try to stay faithful and patient and now we’re here.

“I really believe I was training so hard and I was doing the best that I could to reach my goals. At that point, I didn’t know what else to do but just be faithful.”

Preparing For A Wild Man

Although Ferguson has lost two on the bounce, Dariush isn’t underestimating him, and expects to face the best version of ‘El Cucuy’ at UFC 262.

“I try to look at his best fights where he was at his sharpest and I want to go after that Tony,” Dariush said. “That’s the Tony I’m trying to beat.

“[The] Tony that’s hard to takedown. The Tony that doesn’t get tired. The Tony that can take a punch. And is willing to take two [punches] just to give one and eventually he takes over. I’m preparing for the wild man.”

Can Beneil Dariush ‘out-crazy’ Tony Ferguson at UFC 262 to get his hand raised?