Oliveira To Fight Chandler For Lightweight Title At UFC 262 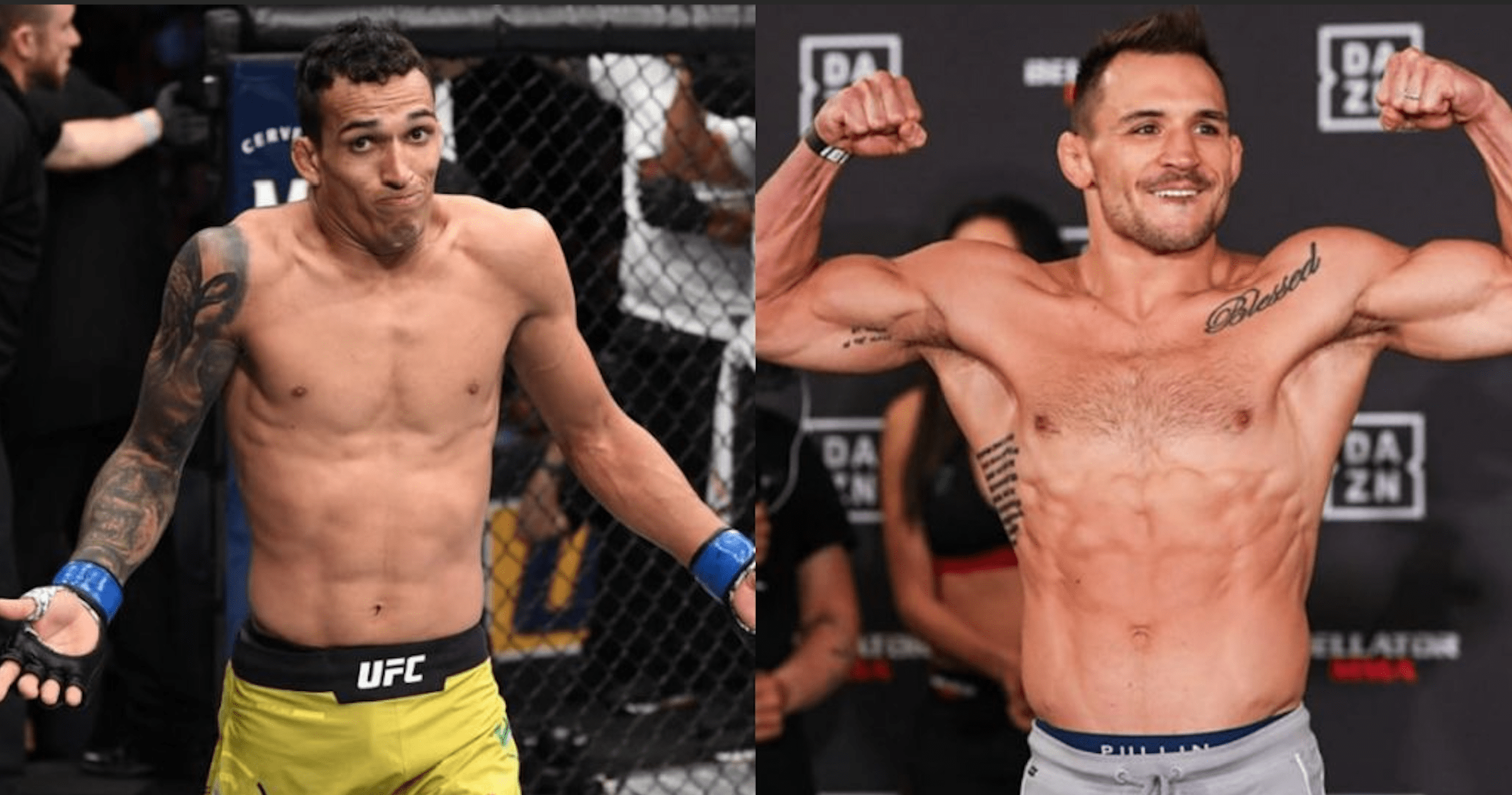 In the last few minutes, Dana White has confirmed that Khabib Nurmagomedov is officially retired. Immediately after the UFC president’s announcement, ESPN‘s Brett Okamoto announced that Charles Oliveira and Michael Chandler will fight for the vacant title in the UFC 262 main event on May 15th.

Khabib announced his retirement after successfully defending his title against Justin Gaethje in the UFC 254 main event last October. After submitting ‘The Highlight’ in the second round to extend his unbeaten record to 29-0, ‘The Eagle’ announced in his Octagon interview that he had promised his mother that he wouldn’t fight again. This followed the death of his father Abdulmanap Nurmagomedov last year from complications related to catching COVID.

Despite reiterating his retirement plans in several interviews since, Dana had remained hopeful that Khabib would fight again.

Khabib also posted a statement on his official retirement to social media.

Oliveira is currently on an eight fight win streak, and is coming off an impressive one-sided unanimous decision win over former interim champion Tony Ferguson at UFC 256. Chandler burst on to the UFC scene in January at UFC 257, when he knocked out Dan Hooker in the first round in his promotional debut.

Oliveira previously turned down the opportunity to fight Chandler on short notice at UFC 258 because it was a non-title fight.

There had been speculation that a fight between Chandler and Gaethje was in the works. The division’s number one contender Dustin Poirier, is set for a trilogy fight with Conor McGregor in the summer. ‘The Diamond’ avenged his loss to the Irishman at UFC 178 by scoring a second round TKO victory in the rematch at UFC 257.

Who do you think will leave UFC 262 as the new UFC lightweight champion, Charles Oliveira or Michael Chandler?