Eddie Alvarez Has A Piece Of Advice For Conor McGregor 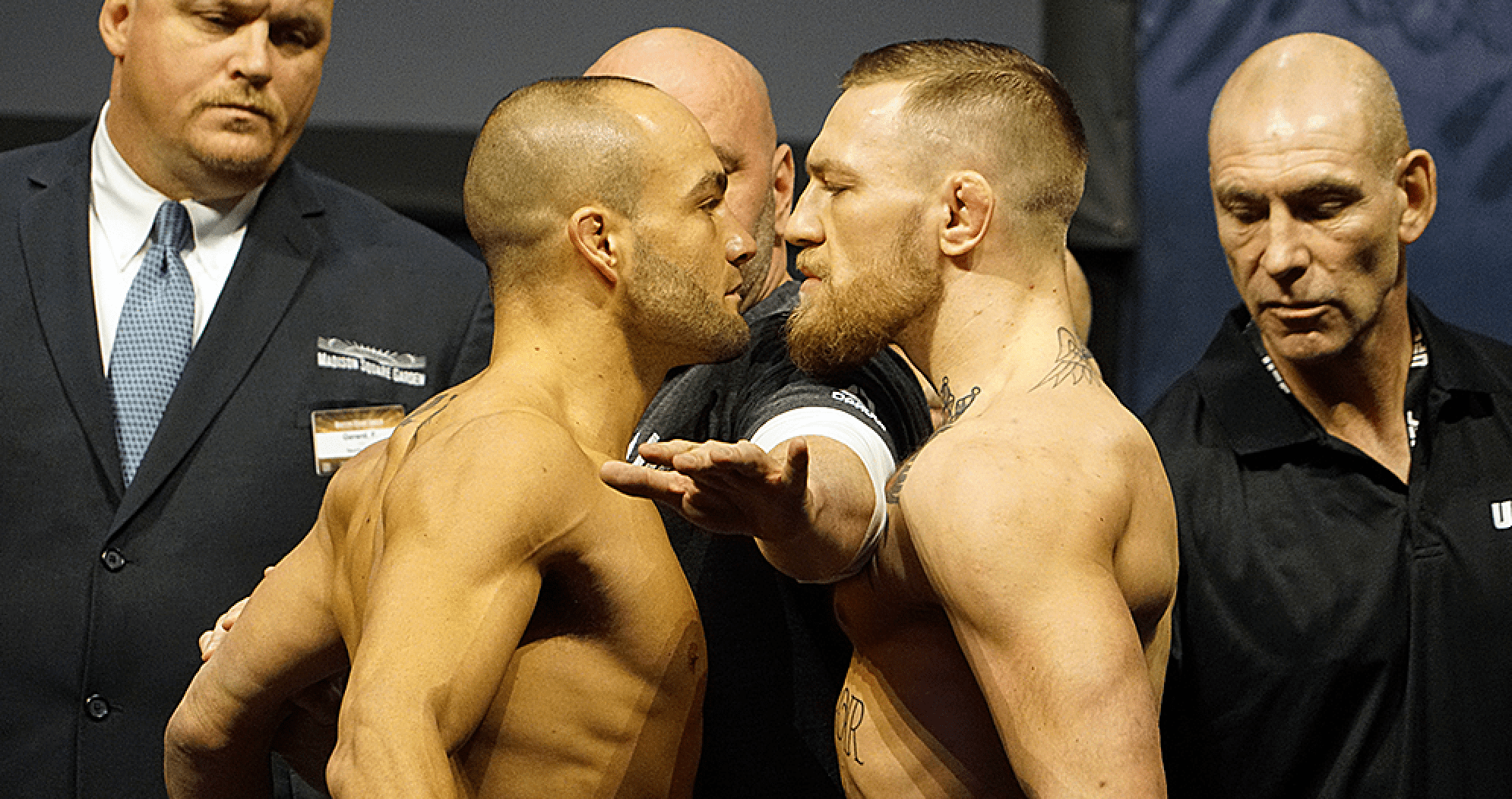 Former UFC and Bellator champion Eddie Alvarez thinks his one-time opponent Conor McGregor’s riches are getting in the way of his fighting career.

‘The Notorious’ has only fought three times in the UFC since beating Alvarez at UFC 205 in November of 2016. Before he returned to the Octagon in 2018 against Khabib Nurmagomedov however, McGregor stepped into the boxing ring, where he was stopped by Floyd Mayweather in the 10th round. The fight bagged him roughly $100 million.

McGregor’s most recent visit to the Octagon this past January at UFC 257 ended in a brutal manner, as he was TKO’d in the second round by Dustin Poirier in their rematch.

Earlier this month, Dana White revealed that the trilogy fight between McGregor and Poirier is in the works for the summer. While the former champ-champ wanted the lightweight title to be on the line, he will have to wait before a title fight materialises, as the UFC has booked Charles Oliveira and Michael Chandler to fight for the vacant belt at UFC 262, after the UFC president finally acknowledged that Khabib is officially retired.

Speaking to James Lynch of Fanatics View (as transcribed by BJPenn.com), Alvarez said that McGregor needs to reignite the fire he once had in him, if he wants to beat Poirier in a rubber match.

“When you have $100 million in the bank, It’s the opposite of fighting. Fighting is having to deal with adversity every day, being told no,” Alvarez said. “Having to wake up [early]. Doing things that you don’t necessarily want to do, and that requires discipline and it hardens you, and you become a good fighter as a byproduct of all these things that happened throughout your life.

“And the idea of having $100 million in the bank, where everyone tells you yes, you get to make your own schedule and you get to wake up when you want, it’s the opposite of having to be a fighter, it actually softens you. I feel like for Conor to come back, he needs to harden himself as a man. In order to do that, he needs to get rid of all those things, maybe go away. Get out of that world and become hardened again over time.”

Alvarez lost his lightweight title to McGregor at UFC 205 after being finished in the second round. He is now signed with ONE Championship, and is preparing for his upcoming fight against Iuri Lapicus at ONE On TNT 1 on April 7th.

Do you agree with Eddie Alvarez’s comments on Conor McGregor?