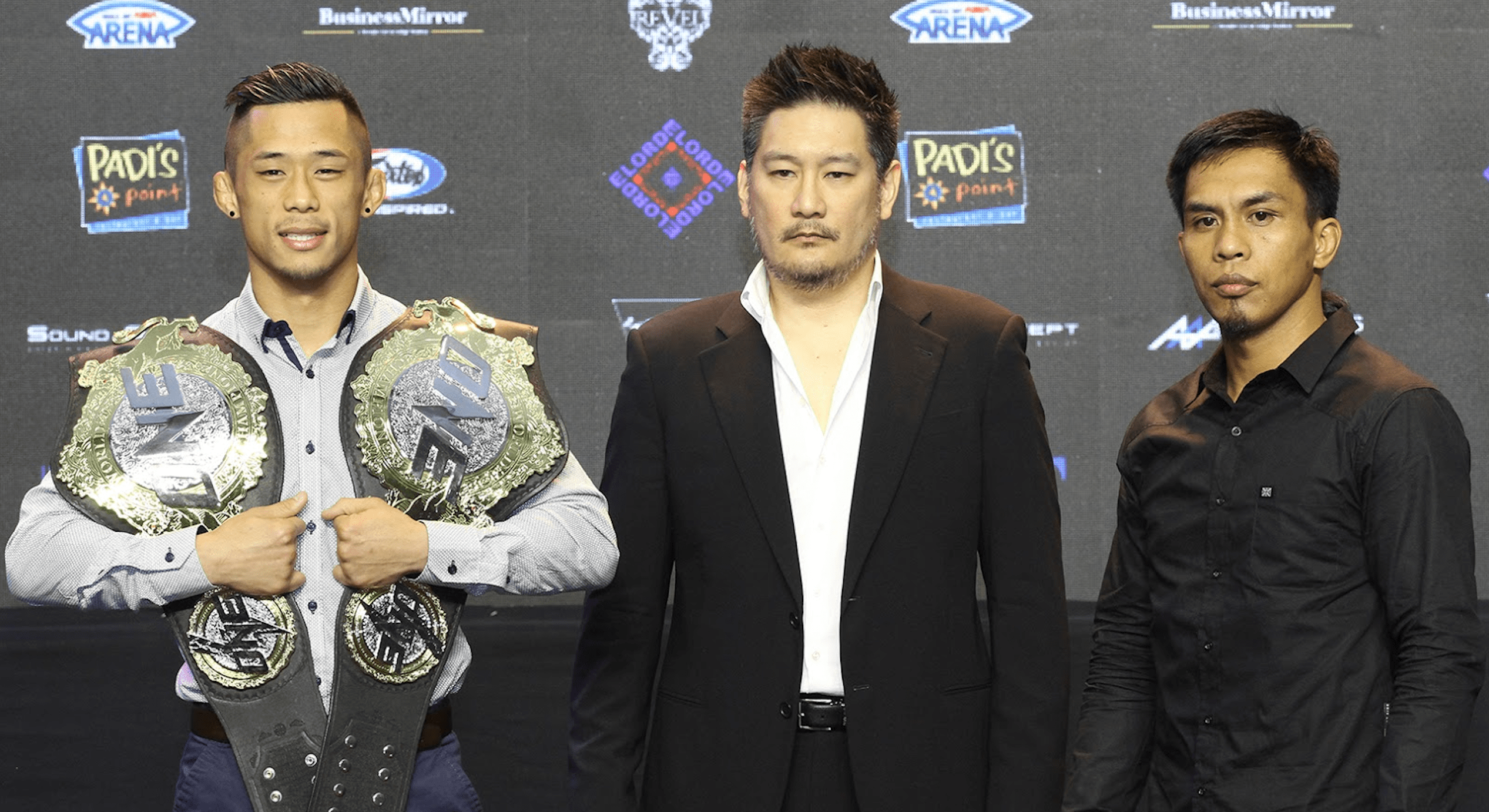 ONE featherweight champion Martin Nguyen, hasn’t competed since his last successful title defence against Koyomi Matsushima at ONE: Dawn of Heroes, which was almost one year ago. Although the coronavirus pandemic has prevented the 31 year old from defending his title in 2020, it hasn’t stopped the likes of Garry Tonon calling out the champion.

In a recent interview with Asian Persuasion MMA, Team Lakay’s head coach Mark Sangiao stated that his student Kevin Belingon would like to challenge Nguyen for the featherweight title. ‘The Silencer beat ‘The Situ-Asian’ at ONE: Reign Of Kings almost exactly two years ago, to win the ONE interim bantamweight title.

Speaking to Asian Persuasion MMA, Nguyen said he wasn’t surprised to be called out by Belingon.

“Of course he is interested in fighting me,” Nguyen told Asian Persuasion MMA. “He’s already beaten me once at bantamweight. What is there for him to lose coming up to featherweight. What can I say about that, I mean, everyone is going to be calling me out obviously, I’m a champion.

“No one wants to see him versus Bibiano [Fernandes] again, so what’s the next exciting thing for him? Obviously taking on me, someone he’s beaten, at his weight division. I think if he comes up to featherweight it’s going to be a completely different fight. I have much bigger size on him, everything, I’m just now a complete new fighter, man. Good on him for calling me out, that’s all I can say, man.”

However, it would be difficult for Belingon to skip the top five featherweights in the new ONE Championship ranking system in order to rightfully challenge the champion.

“Who else he’s going to target throughout that top five? He’s not going to want to fight anyone else but me, you know. I’m the champion of that weight division,” Nguyen stated.

“It’s like me going back down at bantamweight, I’m not going to take on the top five, I want to take on Bibiano. Like it’s just me saying the same thing, and skipping those five people. I think that’s unfair to say, at the least, but it’s obviously a smart thing to say, what he wants. But what other people want, which is the fans, I don’t think he will get his way anytime soon.”

Before the situation with the COVID-19 worsened, Nguyen was expected to defend his title against Thanh Le in April on the Kuala Lumpur card. But despite the fight being postponed, ‘The Situ-Asian’ insists he still has Le on his radar.

“Obviously I want to try and pump it out as much as possible, but it’s all border control at the moment. So government controlled. The moment they allow Australian’s and the US people to fly or whatever, you know that bout is going to happen, myself and Thanh, so it’s just a matter of time.”

Would you like to see Martin Nguyen and Kevin Belingon run it back at featherweight?