Rodtang And Stamp Fairtex Reveal Their Plans After ONE: No Surrender 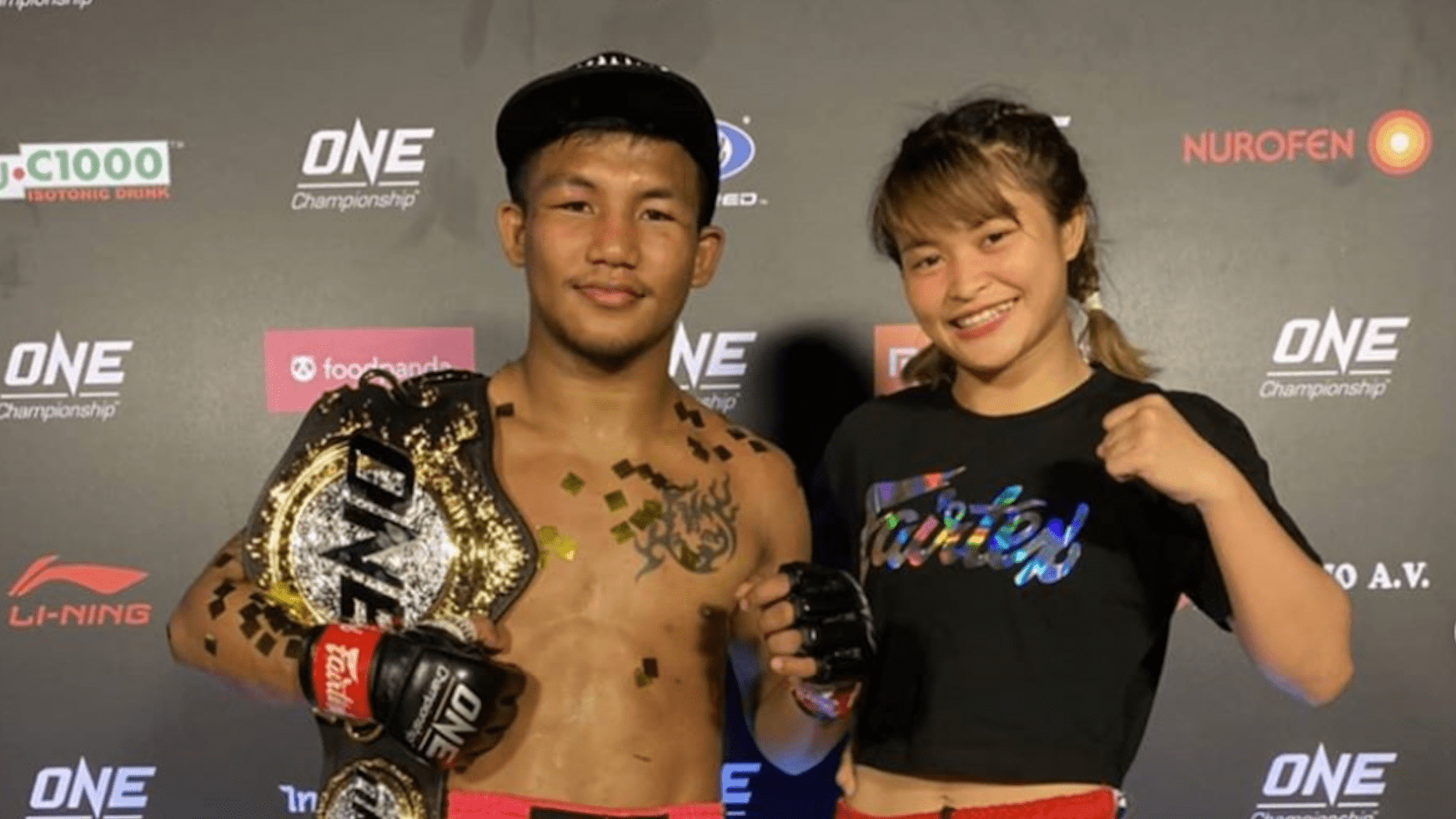 ONE Championship returned in style last night with ONE: No Surrender, in Bangkok, Thailand. It was an incredible return for the home of martial arts after five months of inactivity, due to the coronavirus global pandemic. The event featured a card filled with high-class strikers.

The main event featured Rodtang Jitmuangnon defending his ONE flyweight Muay Thai title against Petchdam Petchyindee Academy, whom he defeated convincingly in their trilogy fight.

Also on the card was his girlfriend Stamp Fairtex, who was pitted against an undefeated judo practitioner, Sunisa Srisen, in a mixed martial arts bout. The ONE atomweight Muay Thai champion appeared dominant in all aspects of the fight and finished her 19-year-old opponent, via ground and pound at the end of the first round.

Speaking to Asian Persuasion MMA, Stamp said she was happy with her performance against her fellow Thai.

“I wanted to fight standing up initially. But when I saw the chance, I decided to take it to the ground,” the 22 year old Fairtex representative said.

With such a quick victory, Stamp is eager to see some action again. Being well-rounded in three sports, she has made it clear that she wants to continue competing in mixed martial arts, regardless of who her opponent is. However, due to the travel restrictions still in place, she is also willing to take a ONE Super Series bout.

“It’s up to ONE Championship but I want to fight in MMA. But it’s hard to choose an opponent while I’m still in Thailand. I could even be ready for a fight in two weeks. But if there are no opponents for me in MMA, I’ll still take a Muay Thai or kickboxing fight. I’d rather compete.”

Rodtang was unable to get the knockout he promised. This was in part because he sustained an injury to his left hand in the early rounds, impairing his performance over the course of the fight. Regardless, ‘The Iron Man’ was able to dominate his rival through five rounds and retained his ONE flyweight Muay Thai title.

“While I was throwing a punch, it connected the wrong way. It landed on his head and I ended up spraining my hand. Afterwards, I couldn’t really punch properly. I still need to get some more X-rays done.”

Once he is medically cleared, the 23-year-old world champion added that he would like to try his hand at kickboxing. His ultimate goal is to challenge for the ONE kickboxing title.

“I’ve defended my title three times already. So ideally for my next fight, I want to do a kickboxing match. I will face anyone but I want to win a world title in kickboxing.”

With regards to challenges to his ONE Muay Thai crown, Rodtang is open to all names. This includes the number one contender Superlek Kiatmuu9, who fought on the same card as ‘The Iron Man’ and defeated Panpayak Jitmuangnon.

“If the time is right, when I’m ready to defend my belt again, Superlek can definitely be next in line.”

Who do you want to see Rodtang Jitmuangnon and Stamp Fairtex fight next?