UFC 261 – Masvidal To Usman: I’m Going To Beat You Worse Than Askren 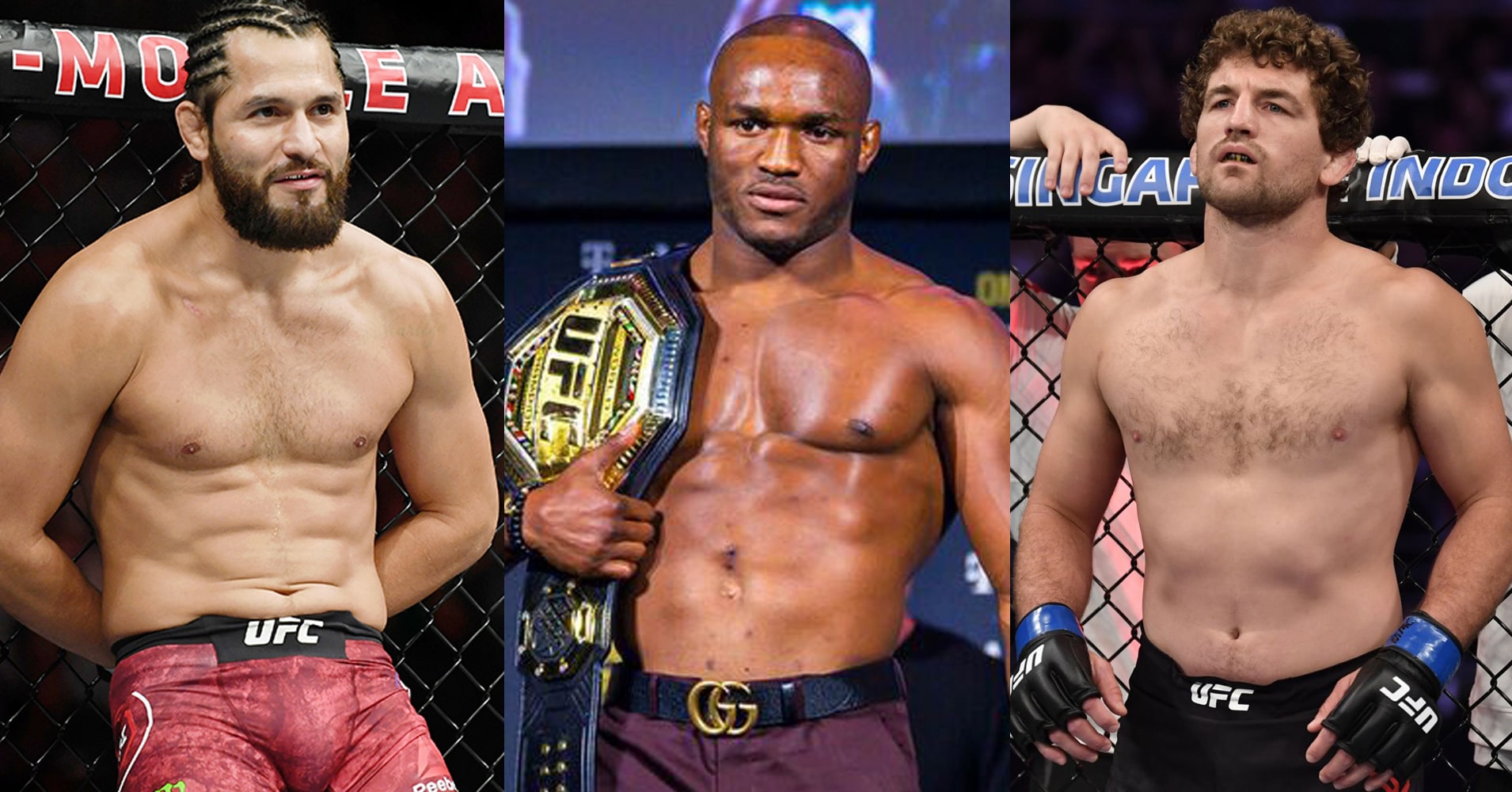 Ahead of their welterweight title rematch in the UFC 261 main event on April 24th, Jorge Masvidal has issued a strong warning to Kamaru Usman. And taken a shot at Ben Askren while he’s at it.

In their first meeting last July at UFC 251, Masvidal stepped in on short notice to challenge Usman for the title, but lost via unanimous decision. With a full training camp the second time around however, ‘Gamebred’ promises to give the reigning champion a severe beating.

In an Instagram post (as transcribed by The Mac Life), Masvidal warned Usman that he’s going to suffer a fate worse than Ben Askren, who the Miami native knocked out in a record five seconds with a flying knee at UFC 239.

“Another picture-perfect moment coming up courtesy of Usman’s face,” Masvidal said. “Can’t wait. I’m gonna break those bones in your face like a f***ing chicken wing. Talking a lot of crap, bringing religion into it. Fighters shouldn’t be bringing religion into it, but there you go. He’s stupid, you know, so. I can’t wait to dismantle you. I’m going do you worse than I did that f***ing bum (Askren) over there, whatever his f***ing name is.

Masvidal has also reignited his rivalry with Askren by backing Jake Paul in his boxing match against ‘Funky’, scheduled to take place on April 17th.

He even made an appearance via FaceTime during the pre-fight press conference last week, when he asked Askren if he was ‘still alive’ after his vicious knee strike. Masvidal later followed it up with a tweet, taking a dig at the former ONE Championship and Bellator champion’s wrestling-heavy style.

Askren responded by saying that he made Masvidal famous, and said he expects Usman to comfortably beat him again.

“I’m Going To End You Both”

Masvidal warned Askren and Usman that he’s going to end them both in the same way.

“Still talking s*** too. That’s you that got the knee, not me bitch, don’t bring up my name because every time you see me, you don’t want to talk to me, you want to go the other way,” Masvidal said. “Shut the f*** up. All this s*** online, who gives a f***? Because when you and Usman see me, you tuck tail and go the other way or you ask somebody to get in between us.

“You’re both bitches, and I’m going to end you both the same way. Don’t you worry, you shouldn’t have said s*** about my religion, you little bitch. I never called myself Jesus. I can’t wait though, to end your ass in a very violent way. God bless everybody.”

What do you think of Jorge Masvidal’s outburst at Kamaru Usman and Ben Askren?