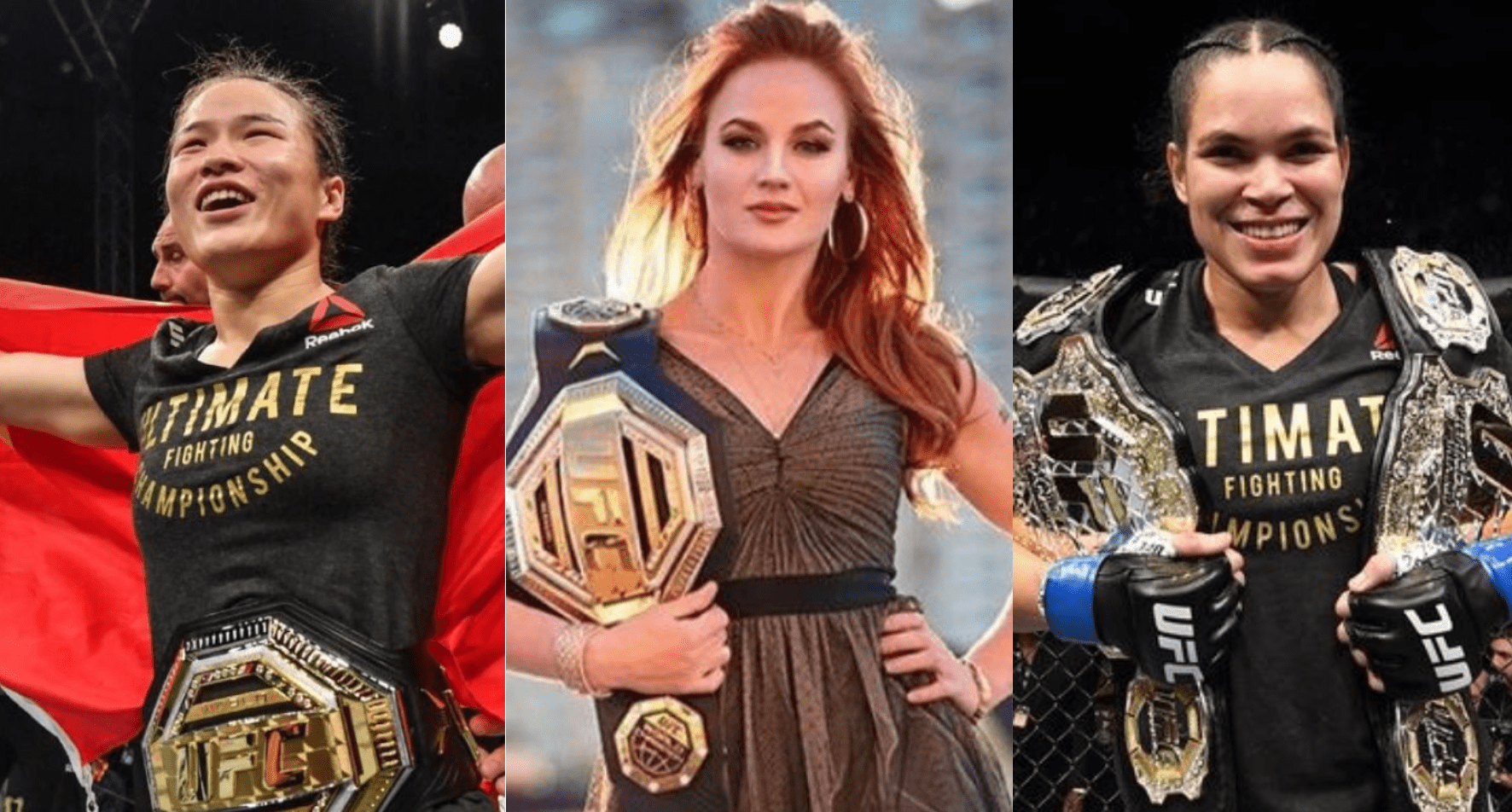 UFC 261 will be headlined by two thrilling women’s title fights. In the main event, Zhang Weili defends her strawweight title against Rose Namajunas. And in the co-main event, Valentina Shevchenko puts her flyweight title on the line against Jessica Andrade.

With four title defences under her belt already, Shevchenko has left no doubt that she’s the best women’s flyweight on the planet. Zhang is also shaking things up at strawweight, and there’s a lot of talk about a potential superfight between ‘The Bullet’ and ‘Magnum’ should they both win their respective title defences at UFC 261.

Shevchenko believes it’s still too early to think about a superfight with the Chinese sensation, however. Speaking with Fanatics View (as transcribed by BJPenn.com), the 33 year old said that while she’s open to fighting Zhang should she win, she thinks Namajunas will come out on top at UFC 261.

“I don’t want to rush [the Zhang superfight] yet because I still believe that Rose is going to be the winner,” Shevchenko said. “I still believe it, that’s why if it happens this way there is no more talk. So let’s see. Let’s see what’s going to happen on that night, and I’ll look at that fight.

“If Weili wins, okay, you’re welcome, I don’t see any problem to fight her because I understand totally her fight game and what she is a fighter. It’s just going to be a massive preparation to do my best in this fight [against Andrade]. So let’s see how it’s going to happen. Let’s see how the fight turns out.”

Shevchenko has fought UFC bantamweight and featherweight champion Amanda Nunes twice, coming up short on both occasions. She lost a unanimous decision at UFC 196, but their rematch at UFC 215 was a razor-close split decision, which many believe the Kyrgyzstani won.

Shevchenko is open to a trilogy fight with Nunes, but she wants it to happen when the time is right.

“I don’t know. At this point it doesn’t only depend on me or Amanda,” Shevchenko said. “It depends on the people, what they want to see, and the bosses, what they want to do. I’m not forcing anything. I am not gonna be here and saying like ‘Okay let’s do this’. I prefer to not force anything.

“When we think like ‘this is the moment to make this fight, this is the best time’, definitely we’re gonna speak with the management. I would like to make that fight happen with full capacity audience at a good point. It’s going to happen naturally, but I’m focused [on Andrade] right now and my title defence.”

Amanda Nunes is fresh off a successful title defence of her featherweight title last weekend at UFC 259, where she needed less than three minutes to submit Megan Anderson.

Who do you think leaves UFC 261 with the belts, Valentina Shevchenko or Jessica Andrade, Zhang Weili or Rose Namajunas?