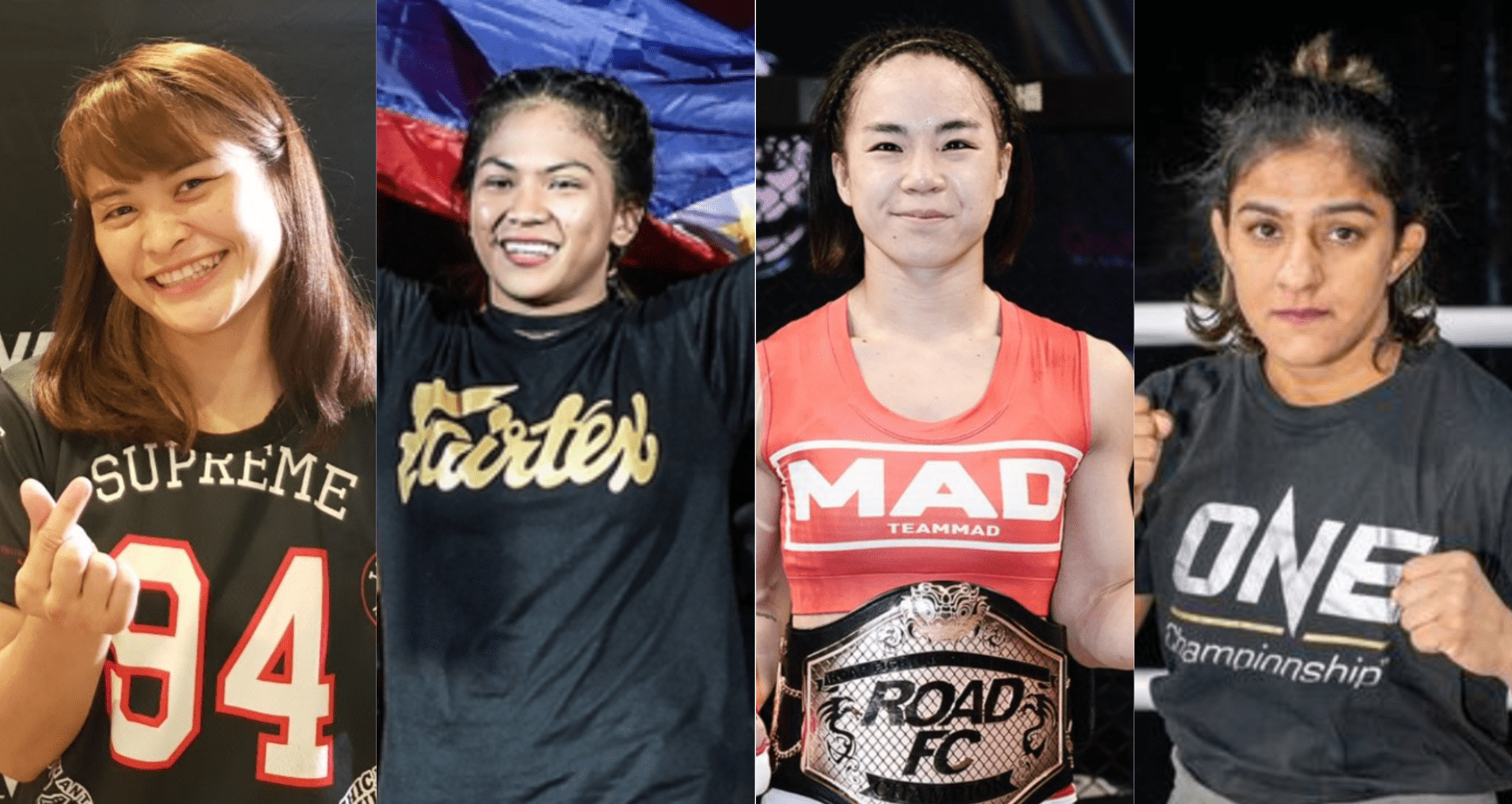 Last month, ONE Championship announced the eight athletes set to compete in the ONE Atomweight World Grand Prix, set to kick off on May 28th in Singapore. We now know the quarterfinal matchups.

The division’s number one contender Denice Zamboanga, will welcome former RIZIN FF champion Seo Hee Ham to the promotion. Meng Bo and Ritu Phogat will face off in a classic striker vs grappler contest. And Itsuki Hirata will take on promotional newcomer, Alyse Anderson.

Alyona Rassohyna and Stamp Fairtex will also run it back. They first met at ONE: Unbreakable 3, when the 23 year old Thai looked set to win, before losing controversially with only seconds of the fight left when she was deemed to have tapped. Speaking exclusively to Asian Persuasion MMA after the fight, the former two-sport champion stated that she didn’t mean to tap but acknowledged that it looked like she did.

The winner of the Grand Prix will challenge Angela Lee for the ONE atomweight title. The champion is currently on the sidelines, expecting her first child.

The four quarterfinals will all take place on May 28th on an all-women’s MMA card. The event will be called ONE: Empower and will be headlined by Xiong Jingnan defending her strawweight title against Michelle Nicolini. The card will also feature another major women’s fight, and some Grand Prix alternate bouts.

Xiong is coming off a successful title defence against Tiffany Teo at ONE: Inside The Matrix last October. While Nicolini hasn’t fought in almost two years, since defeating Angela Lee at ONE: Masters Of Destiny in a strawweight bout.

ONE Championship returns to our screens next Friday with ONE: Fists Of Fury 3, which will see Regian Eersel defend his lightweight kickboxing title against Mustapha Haida in the main event, and feature the ONE Atomweight kickboxing champion Janet Todd face Alma Juniku in an atomweight Muay Thai contest in the co-main event.

ESPN‘s Marc Raimondi was the first to report the ONE Atomweight Grand Prix lineup.