Victoria Lee: It Was Huge Relief To Earn Debut Win 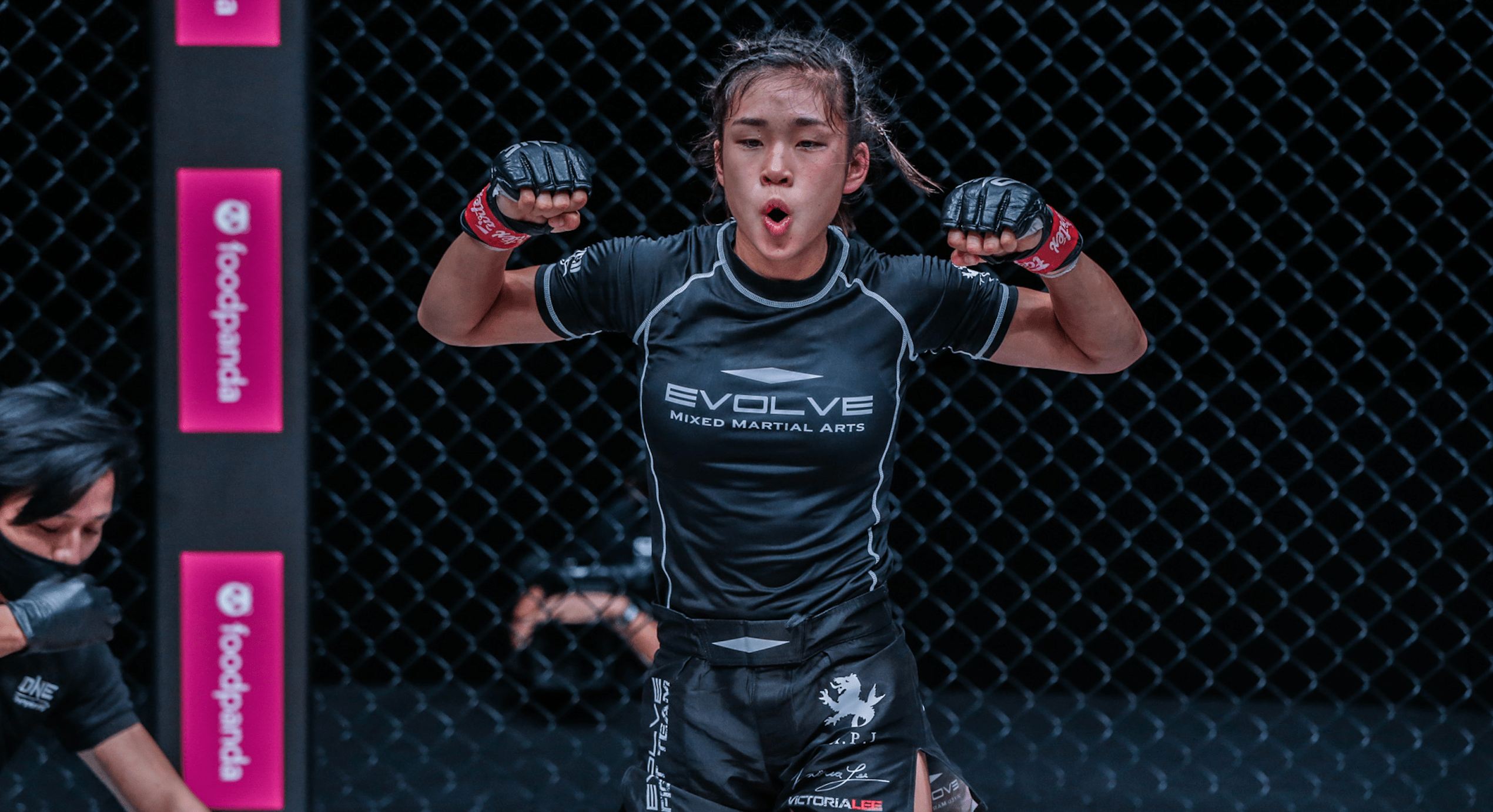 Expectations were high for Victoria Lee when she made her pro debut at ONE: Fists Of Fury last month. After all, her older siblings are both current world champions: ONE atomweight champion Angela Lee, and ONE lightweight champion Christian Lee. However, ‘The Prodigy’ lived up to her family name with a second-round submission win against Sunisa Srisen.

Ahead of her fight, there was a lot of pressure building up inside of the 16-year-old. But having secured her debut victory, she now feels relieved. Speaking to ONE Championship, Lee said she was extremely nervous prior to stepping into the ONE Circle for the very first time.

“When I first got on the stage and they were announcing my name, it was crazy. It was a really cool experience and I really enjoyed it,” said Lee. “I felt so [many] nerves. This is the biggest thing I’ve ever done in my entire life and I felt all of it when I was walking into the arena. But when I stepped into the Circle, I blocked it all out, breathed, and it really helped to clear my mind to just focus on the fight and go out there and perform.”

While she was able to secure the decisive submission victory, Lee knows there is always room for improvement, and will be looking to make some adjustments before her next fight.

“I was happy that I finished the fight and came out with a victory, but I’m always looking to improve myself,” Lee said. “I can’t wait to get back into the gym and work harder and improve my performance.”

Her father and coach, Ken Lee, was also happy with the way things played out.

“I think she did well. I am very happy with her performance,” he said. “At 16 years old, her first fight was on the biggest stage in the world, and she fought a girl that had more fights than most girls who debut would face — [Srisen] had five fights, and three fights in ONE. Victoria did great. She finished her opponent decisively.”

“And Then I Just Squeezed”

Lee had predicted a first-round finish going into the fight, and while she did get the win via submission, she had to wait until the second round.

“I was looking [for] the rear-naked choke [in round one], but I wasn’t able to get under the chin completely when I was slicing, and I went to try and pound her out for the TKO,” said Lee.

“When I went into the second round, it was just like how it was supposed to go in the first. I just cleared my mind and said, ‘Remember the game plan.’ I took her back and just waited for the right opportunity. When I saw that her head popped up, I was able to fully sink in the choke this time and then I just squeezed.”

Her father was proud of how his daughter made necessary adjustments to pick up the win.

“I think she did what she had to do. Going into the second round, there’s no problem with that. The only thing that we focus on is finishing our opponents before the final bell,” he said.

With a successful debut under her belt, Lee feels that a weight has been lifted off her shoulders.

“Oh, it was such a huge relief for me,” said Lee. “There was so much build-up to this fight with the pressure and emotion, and as soon as the fight was over, everything was just a huge relief. It felt great.”

Ken believes that his daughter still has some further development and refinement to undergo before she chases her dreams of world title glory.

“[The most important thing] is that she grows and learns from this experience, and she continues to improve her game,” he said.

Lee also shares the same mindset, knowing that her competition will only get tougher.

“There’s nobody that I have in mind [to face next],” Lee said. “I don’t have a certain number of fights that I want to do. I just want to compete as often as I can. I’m going to go back to the gym, train harder than ever, and hopefully get back into the cage [soon].”

Victoria Lee’s brother Christian Lee is set to defend the ONE lightweight title against Timofey Nastyukhin at ONE on TNT 2. While her sister Angela Lee, who is expecting her first child, will return to face the winner of the ONE Atomweight World Grand Prix.