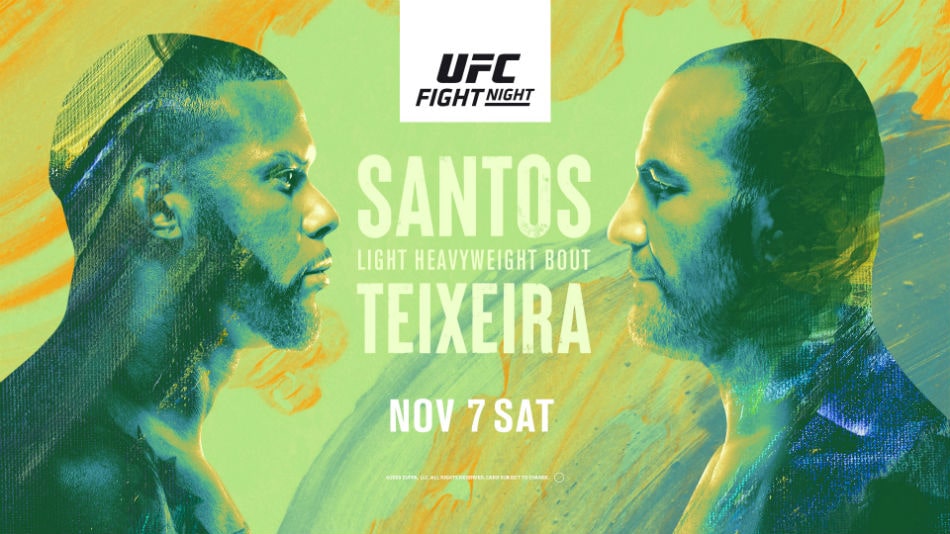 UFC Vegas 13 goes down Saturday night at the APEX Center. In the main event, Thiago Santos and Glover Teixeira face off for the number contender spot in the UFC light heavyweight division.

Santos returns after 16 months on the sidelines, following knee surgery after badly injuring both knees in his split decision loss to Jon Jones at UFC 239. Although he lost the title shot, ‘Marreta’ became the first man to win a judge’s scorecard against ‘Bones’. His fellow Brazilian Teixeira, is riding a four fight win streak, and is coming off a one-sided fifth round TKO win over Anthony Smith at UFC Jacksonville in May.

In the UFC Vegas 13 co-main event, former champion Andrei Arlovski will look to make it back-to-back wins at the age of 41, against Tanner Boser, who is coming off two stoppage wins in a month over Philipe Lins at UFC Vegas 4 and Raphael Pessoa at UFC Fight Island 3.

Elsewhere on the card, Claudia Gadelha faces Yan Xiaonan in a top ten strawweight contest. And the featherweight clash between Giga Chikadze and Jamey Simmons has been moved to the main card in the last few hours, after Ian Heinisch tested positive for the coronavirus, resulting in his middleweight clash with Brendan Allen being removed from the card.

This Is How The MMA World Reacted To UFC Vegas 13:

The UFC returns next weekend with UFC Vegas 14, which will be headlined by Islam Makhachev vs Rafael dos Anjos.