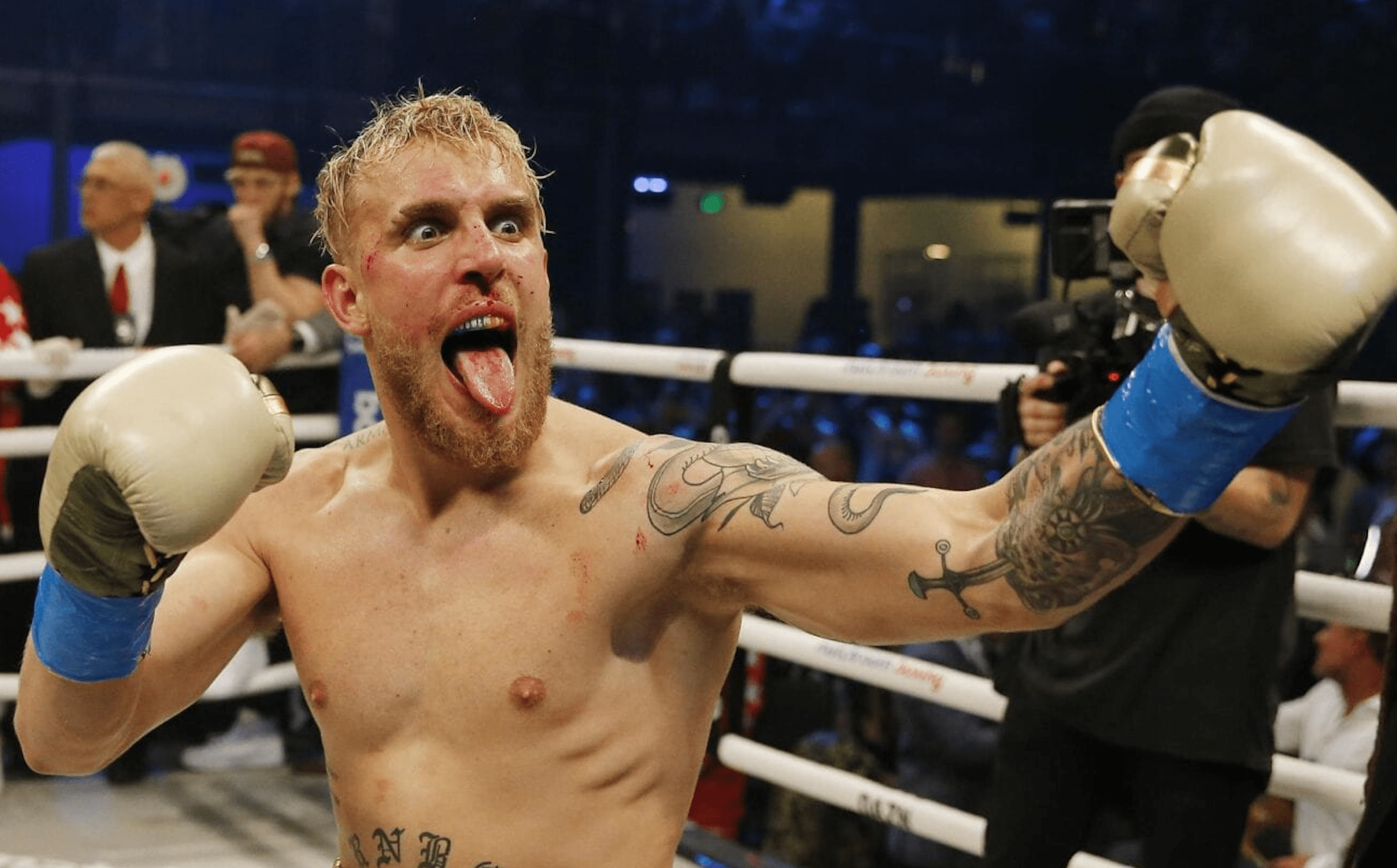 Jake Paul has turned down Daniel Cormier’s challenge for an MMA fight and has instead set his sights on three UFC stars for a boxing match.

Paul has been making a lot of noise in the MMA world, especially since he beat Ben Askren in their Triller main event earlier this month. The 24 year old also attended UFC 261 this past weekend, where he was greeted with ‘F*** Jake Paul’ chants around the packed out arena and was confronted by Cormier, who later challenged ‘The Problem Child’ to an MMA fight.

Speaking to ESPN (as transcribed by MMA Fighting), Paul hit back at Cormier for calling him out for an MMA fight.

“I find it funny, because he’s challenging me to something I’ve never trained in,” Paul said. “And he’s trained boxing and striking and stand up and has been in there with Stipe [Miocic and] Jon Jones.

“He lost those fights, but he’s been in there with the best of the best striking, so why not box? Oh, you want to go against me in something that I’ve never trained in before? Of course. That’s like me finding someone off the streets, literally who has never boxed a day in their lives, and being like, ‘Alright, come in here, I’m going to challenge him.’”

While an MMA bout would make both men a lot of money, Paul believes a boxing match between the two would make a lot more, and would easily be the biggest pay day of Cormier’s career.

“Of course, he’s going to duck the boxing offer,” Paul said. “And by the way, there’s way more money in boxing, so we would make more money in a boxing match. And again, I’m a boxer. I never said that I will beat Daniel Cormier in an MMA fight. If he comes and boxes me, I will beat him. And maybe a part of him knows that, which is why it’s funny. Why would he not accept that offer? If we fought, that would be the most amount of money that he will ever make in any of his fights, by far.”

Cormier previously said that he would slap Paul on sight, but he refrained from doing so at UFC 261 because he was performing his duties as a commentator and didn’t want to get in any sort of trouble. The YouTuber slammed the two-time Olympian however for not being a man of his word.

“He said, ‘If I ever see Jake Paul, I’m going to slap him,’” Paul said. “‘I’m going to slap him in the face.’ And then he sees he, I’m right there, arms length, and he does nothing. It’s funny to me.’ I saw he said something about like, ‘Oh, I couldn’t have beaten him up because I’m at work and I would’ve gotten in trouble.’ Like bro, are you about you your s***, or are you not about you s***? Dana White wouldn’t have done anything if you wanted to lay hands on me.

“You had your chance, and you bitched out. And it’s embarrassing. And you’re an embarrassment, and you’re not a man of your word. Like I said, these guys man, they have something twisted up in their mind. They don’t see reality, how it’s really playing out. Actions speak louder than words, and their words to me at this point are worthless.”

Why Not Fight Boxers?

The boxing match between Floyd Mayweather and Conor McGregor in 2017 was the second most successful pay-per-view event in boxing history with 4.3 million buys. While Paul understands how lucrative the boxing industry can be, he also recognises that he’s better-matched with MMA fighters than professional boxers, who have been competing in the sport for years.

“The biggest pay-per-view of all time was boxing versus MMA – Floyd versus Conor,” Paul explained. “So why not keep with that model? And I believe I’m a better striker than 99.9 percent of these MMA guys. When we’re matching up from a skill/experience level, it’s even, and it’s really who wants it more in the fight. If I’m going up against these boxers that have been doing it since they were six years old, it’s an unfair advantage.”

Despite Dana White’s comments on Paul in recent months, the YouTuber turned boxer believes that the UFC is also interested in doing business with him, otherwise they wouldn’t have given him front row seats at UFC 261 and put him on the screen.

“I think they understand the business of me being there,” Paul said. “Why else would they put me on the screen to get booed by the whole crowd? It’s good for everyone.

“I was there as a spectator to support my friend, [Jorge] Masvidal. But I knew it was probably going to get wild, but I didn’t think it was going to be that crazy. These fighters are fighting in the cage, and the crowd is just chanting Jake Paul the whole entire time, which is crazy to me. It just added to the spectacle. They just wouldn’t stop chanting it, which again, gives me more content, builds my brand and makes me the focus of the whole entire event.”

Paul hasn’t been shy in stating he wants to box McGregor, but he feels that Nate Diaz would be his ideal next opponent for him inside the boxing ring.

“I think people will immediately write me off,” Paul said. “Even someone watching this interview right now is like, ‘Oh, this kid’s crazy. Nate Diaz is such a dog, he’s going to kill Jake, he’s out of his mind.’ But they’re going to tune in and watch, right?

“It’s two massive names, and it would be a massive pay-per-view, and then when they see me obliterate him, their jaws are going to be dropped – they’re not going to know how to react. They’re going to think it’s rigged again. And at that moment in time, I’ll be undeniable to fight Conor McGregor, because I beat the guy that beat you, Conor. And the Jake Paul versus Conor fight is a massive fight. I’m like, why wait? I don’t need to be in this sport forever. I’m not trying to get 100 fights. Let’s do the biggest fights right away.”

Not content with calling out McGregor and Diaz, taking to social media, Paul also made it clear that he would box UFC welterweight champion, Kamaru Usman.

Who do you think Jake Paul should fight next?