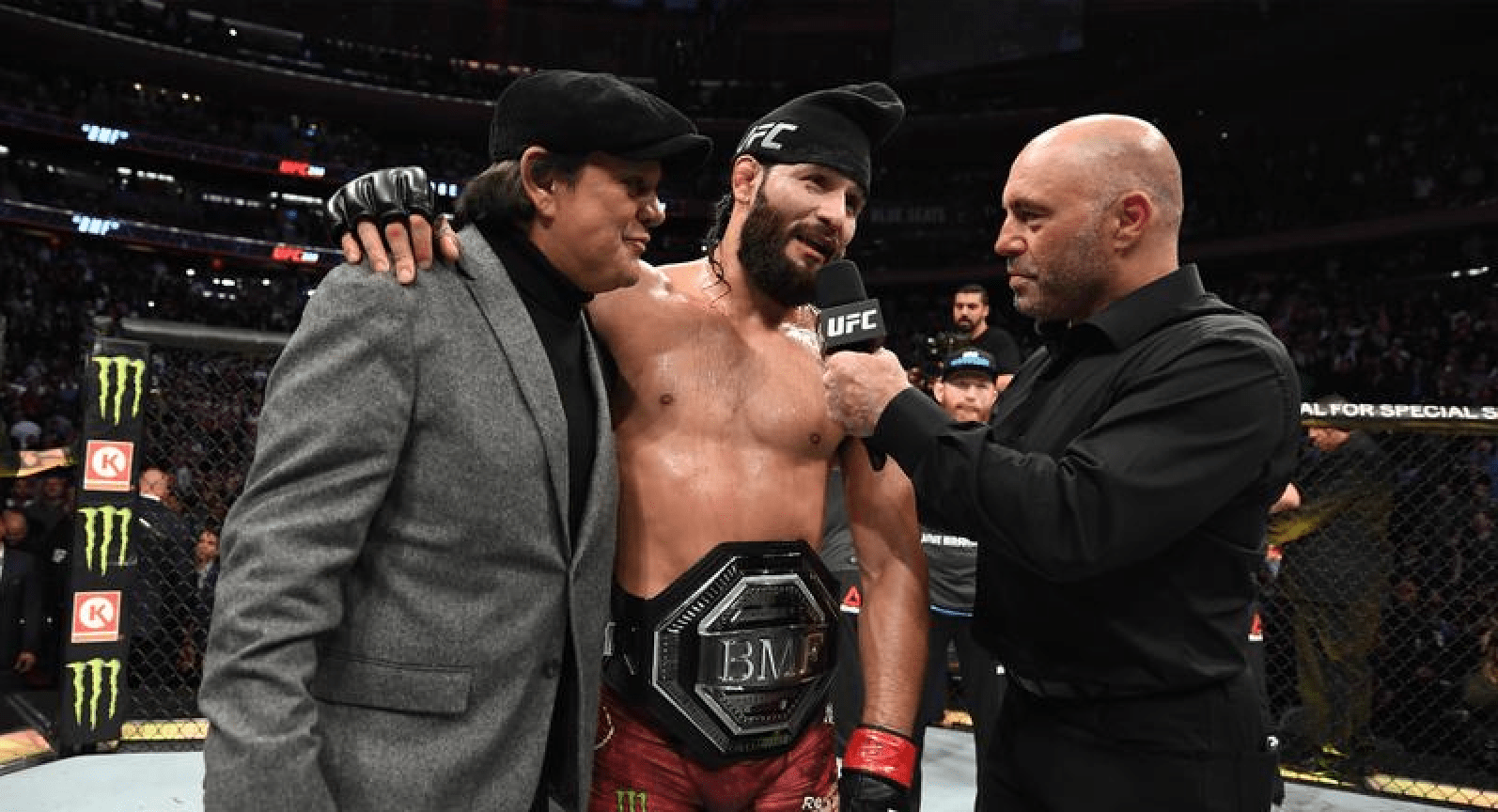 Jorge Masvidal’s much-discussed, and long-awaited fight with Kamaru Usman will take place under far less than ideal circumstances for the 35 year old. But according to his manager Malki Kawa, what’s transpired the last week is a reminder of why ‘Gamebred’ is the true ‘BMF’.

Masvidal will throw down with Usman in the headliner of UFC 251 this weekend, which is taking place on Yas Island in Abu Dhabi. The dangerous welterweight has agreed to face one of the most well-rounded and complete fighters on the planet, on approximately one week’s notice.

Since it wasn’t long ago Masvidal was feuding with the UFC over his contract, his addition to the card caught plenty of people off guard. So how did negotiations for the short-notice fight unfold?

Kawa Dishes On The Negotiations

Well, recently Malki Kawa spoke with MMA Fighting, and he reported that talks to make the fight a reality, didn’t exactly go smoothly.

“We’re hanging out and talking and as soon as he walked in the house he said ‘they’re not moving on the fight?’ and I said no, not at all. He was like ‘what the f***’s wrong with these guys?’ something to that effect.”

Kawa says at that point he took the initiative to make sure the talks didn’t stall out.

“Before you know it, it started looking a certain way so then there’s the [COVID-19] testing, so I got them tested. Other things started popping up as far as the logistics, charters, all this stuff but as we started to talk it through, we started to really believe we could get this done. Then we got it done and everything else is obviously history.”

But, what’s interesting to hear is that Kawa claims he never had any serious doubts, about whether Masvidal would return to the UFC fold. Despite the fact that at one point, ‘Gamebred’ questioned how much revenue the UFC shares with fighters, in comparison to other major sports.

“I’ll say this, I was never worried about getting a deal done. I really believe in God’s plan and everything really has its time. If what he was asking for and what he wanted wasn’t in the plans at that time for them and when you take a step back to look at this thing, let’s be honest it’s not normal times. They’re chartering planes to go to Abu Dhabi. They’ve got to build this island out. Think about what they’re doing.

“If you really analyze the amount of expenditures they had for this ‘Fight Island,’ the fact that COVID was going on, the fact that there’s no gate, you could understand why they’re a little hesitant to start writing checks. You can’t blame them for doing things a certain way. I was never mad at them. That’s one thing I liked hearing from Jorge and the UFC, none of this was personal. Everybody was cool with everybody. It was just business.”

Masvidal’s new deal comes at a time when his star has never shone brighter on account of his record KO win over Ben Askren at UFC 239, and defeating Nate Diaz for the ‘BMF’ title at UFC 244. In fact, Kawa believes the rugged veteran’s decision to step up and fight Usman on short notice, will catapult him further into stardom.

“I thought it was a fair deal,” Kawa stated. “That said, Masvidal deserves all the respect for stepping up. Six days’ notice for a title fight, biggest fight of your career to date. I think that this is a really big deal and if you see the reaction to it, I think it’s a huge deal. Masvidal deserves all the props in the world because a lot of guys in his position won’t take a fight on short notice when they have to cut all that weight and do what they have to do to get there.

“That’s why he holds the baddest motherf***er belt. I don’t care about his losses, all that other talk. He holds that ‘BMF’ belt because only bad motherf***ers do what Masvidal does.”

Now it just remains to be seen if Masvidal can add to this compelling storyline, by defeating Usman and securing the welterweight belt.

“Let me just say this to you — this was not a money grab,” Kawa said. “I’m not going to put my fighter in a bad predicament. If we don’t have a lot to win, we’re not going to do it. If it’s just money, then that’s on the fighter, but I’m not going to be OK with it.

Will the self-described ‘resurrection’ of Jorge Masvidal continue this weekend when he faces Kamaru Usman in the UFC 251 main event on Fight Island?