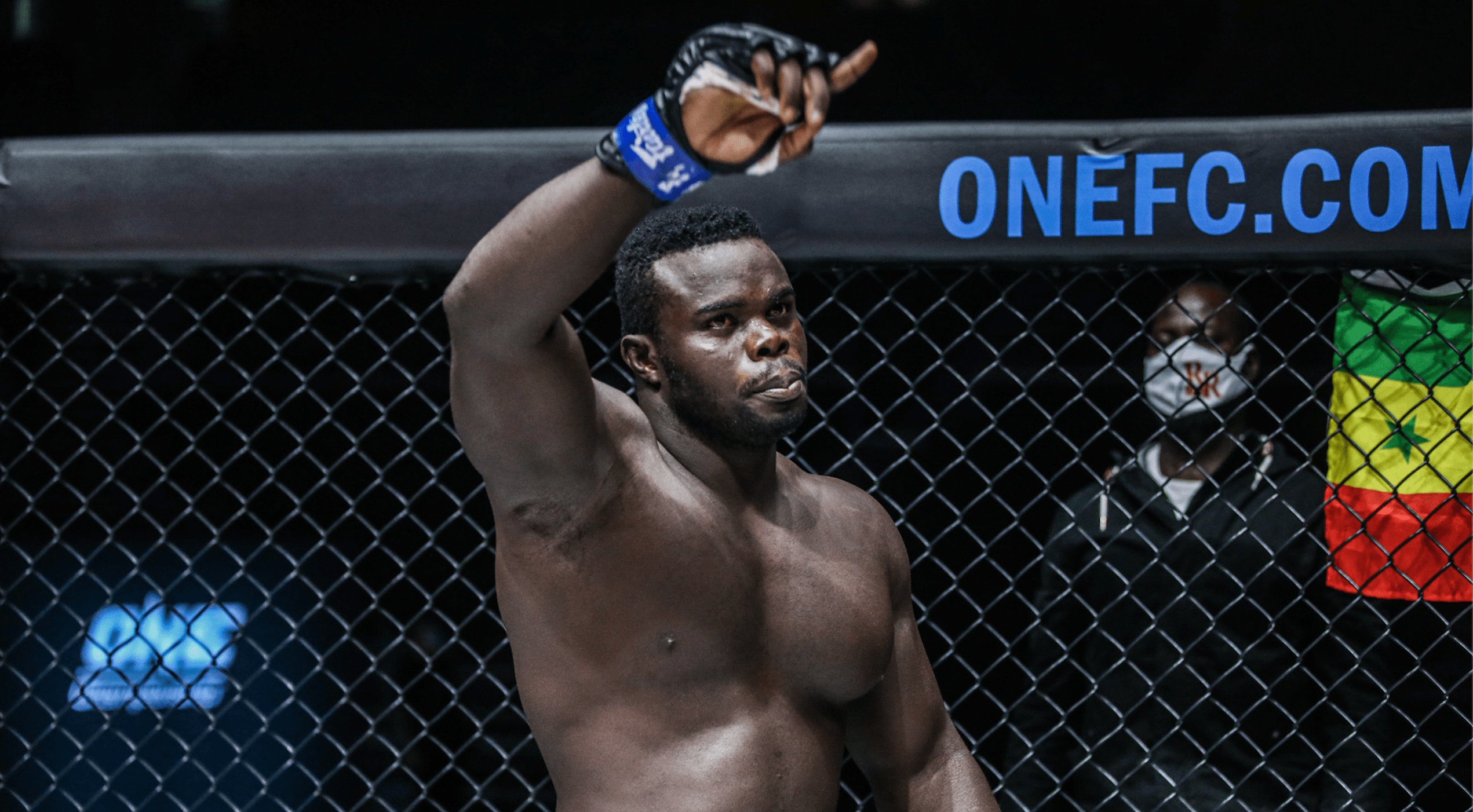 After a successful ONE Championship debut against Alain Ngalani at ONE: Unbreakable 2, Oumar ‘Reug Reug’ Kane looks to continue his winning ways against Mehdi Barghi at ONE on TNT 1 on April 7th.

Kane made an impressive start to his ONE career by TKO’ing Ngalani in the first round. ‘Reug Reug’ was a little gun shy in the opening minutes of the fight, but as soon as he secured a takedown around the four-minute mark, the Senegalese wrestling sensation unloaded a relentless barrage of punches on ‘The Panther’, forcing the referee to step in and stop the heavyweight clash.

With a dominant showing in his ONE debut, the 29 year old from the little fishermen’s village of Thiaroye-Sur-Mer in Senegal, put his country on the MMA map. In an exclusive interview with Asian Persuasion MMA, ‘Reug Reug’ said that he’s proud to represent Senegal on the global stage.

‘Reug Reug’ said that he was pleased to kick start his ONE journey on a winning note, as it moved him one step closer to his primary goal, which is to win the ONE heavyweight title.

“It was a good experience, and I am happy to work with ONE Championship,” Kane said. “It was a big performance. I was very happy to meet Ngalani for my debut in ONE Championship and then also win. But my principal objective is to win the belt. All those guys who are in my way, I’m gonna slap them and continue. I’m coming for the belt.”

Barghi is coming off a first-round TKO loss to Ji Won Kang at ONE: Unbreakable 3, and is looking to bounce back against ‘Reug Reug’, who warns him that things could go from bad to worse for him come fight night. Kane also put the entire heavyweight division on notice, including the champion Brandon Vera.

“I was praying to God to give me Barghi healthy, and I will do whatever I can to get the win and continue my way [to the top],” ‘Reug Reug promised. “My target is the belt, and all these people are in my way. I’ll smack them and continue.”

‘Reug Reug’ also said that he wants to follow in the footsteps of the UFC’s trio of African champions, Israel Adesanya, Kamaru Usman and newly-crowned heavyweight king Francis Ngannou, who knocked out Stipe Miocic this past weekend in the UFC 260 main event.

“I am proud because I am African like them,” ‘Reug Reug’ expressed. “I am proud of Izzy, Usman and Ngannou because they are representing Africa. [Like them] I would like to do more too.”

Competing On A Stacked Card

The Dakar native is also excited to be competing on the same card as MMA legends Demetrious Johnson and Eddie Alvarez, who will be featuring in the main and co-main event respectively.

“I am excited, even more because I am on such a stacked card,” ‘Reug Reug’ said. “I am so excited to compete on the same card as those people.”

Johnson will challenge Adriano Moraes for the flyweight title in the main event at ONE on TNT 1. While in the co-main event, Alvarez will take on Iuri Lapicus in a potential lightweight title eliminator.

Do you think Oumar ‘Reug Reug’ Kane will continue his winning ways against Mehdi Barghi at ONE on TNT 1?