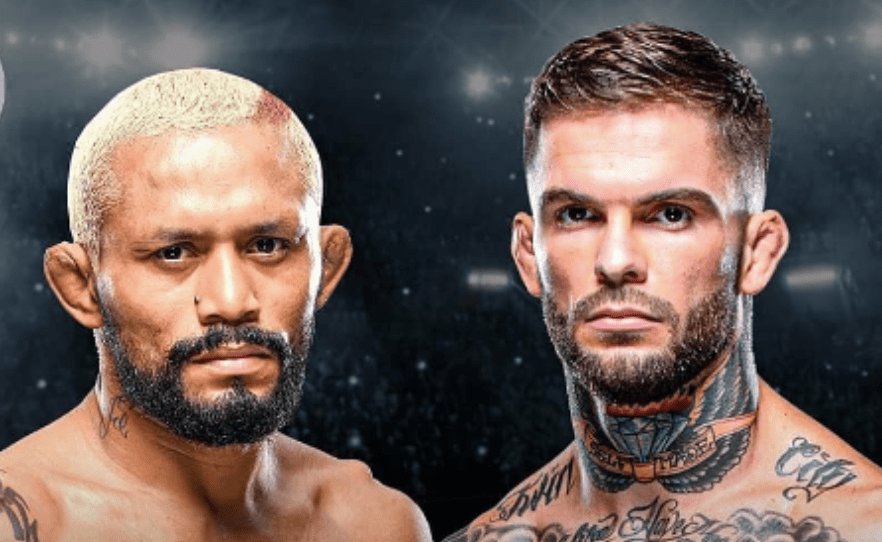 There will be two flyweight titles on the line at UFC 255, which is set to go down on November 21st. Dana White has told ESPN that the new flyweight champion Deiveson Figueiredo will defend his title against Cody Garbrandt, and Jennifer Maia will challenge Valentina Shevchenko.

Figueiredo won the vacant 125lbs title last month by scoring a first round finish over Joseph Benavidez in the UFC Fight Island 2 main event. Garbrandt is coming off a spectacular knockout over Raphael Assuncao at UFC 250. The former bantamweight champion will be making his flyweight debut against the new champ.

Shevchenko is on a five fight win streak and is coming off a successful title defence against Katlyn Chookagian at UFC 247 at the start of the year. Her only two losses inside the Octagon have cmme against Amanda Nunes. ‘The Bullet’ was expected to defend her title against Joanne Calderwood this summer, but was forced out due to knee surgery.

Instead of waiting for Shevchenko to return, Calderwood took a fight against Maia last weekend at UFC Vegas 5 but was submitted in the first round. The Brazilian now gets the opportunity to challenge for the title.

Ray Borg Released By The UFC

Sticking with the flyweights, Ray Borg, who challenged Demetrious Johnson for the 125lbs title at UFC 216 three years ago, has been released by the promotion. ‘The Tazmexican Devil’ has struggled to make the walk to the Octagon in recent years, pulling out of several fights due to personal reasons, injuries and several weight cutting issues. The 27 year old was scheduled to fight Nathan Maness last weekend but was removed from the card ahead of the weigh-ins for undisclosed reasons.

Despite having multiple fights left on his UFC contract, Corey Anderson has been released by the promotion and announced his signing with Bellator MMA. In spite of coming off a loss to Jan Blachowicz via knockout earlier this year at UFC Rio Rancho, ‘Overtime’ is regarded as one of the best light heavyweights on the planet.

Kevin Lee has taken to social media to reveal that he has torn his right ACL, while recovering from surgery on his left ACL earlier this year.

“I hurt it while trying to recover from this one. But honestly, I’m not that discouraged about it. I feel like I’ve been on this path for a long ass time, like last ten years, and I’ve seen a lot of this s*** happening. I didn’t know I was going to have it, but I knew for sure it was going to happen. I guess God wants me to have two strong knees, so when I come back, I’m going to f*** somebody up.”

UFC Vegas 6 goes down this weekend. Ahead of the night, two fighters missed weight.

* Means missed weight on the first attempt. Staropoli will forfeit 20% of his purse to Means after missing weight by 3.5lbs.