UFC: Zhang Weili Wants To Make Her Own Mark On The World 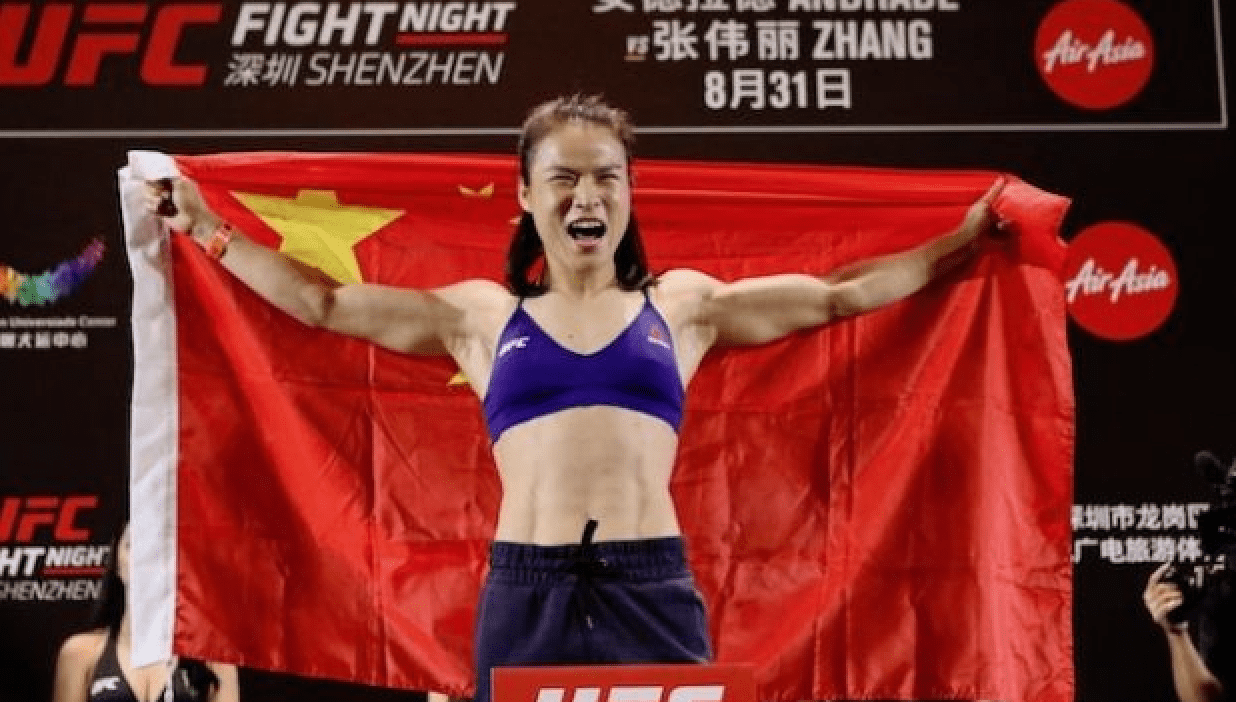 Zhang Weili has been taking the world of women’s MMA by storm as of late, most recently defending her UFC strawweight title against the former champion Joanna Jedrzejczyk at UFC 248, in a ‘fight of the year’ candidate.

When she finally arrived home six weeks after the fight, delayed as a result of the global coronavirus pandemic, China’s first ever UFC champion was met with a hero’s welcome. Speaking to SCMP MMA, Zhang expressed what the welcome meant to her.

“I was really touched and excited, I’ve never felt such warmth in all my life,” Zhang said.

With the success Zhang has seen inside the Octagon, it’s no surprise that the 30 year old is being compared to Yao Ming, China’s most successful ever basketball player, who played for the Houston Rockets and was named in the All-NBA team five times. ‘Magnum however, doesn’t wish to be compared to the now 39 year old, or anyone else for that matter.

“I am not Yao Ming or anyone else. I just want to be a better me.”

Merely two years after her debut at UFC 227 in August of 2018, Zhang was crowned the UFC strawweight champion, when she defeated Jessica Andrade in under a minute at UFC Shenzhen.

There is an undeniable, almost gentle subtlety to Zhang’s tradition-inspired fighting style. ‘Magnum’s’ inclination towards a more traditional, almost stoic stance and punching style seems to shine most whenever she finds herself on the defensive or when forced into a tight striking exchange. Her ability to tough it out through her opponent’s barrages and opportunistically pull the trigger often allows her to flow more naturally with her movements, rather than overthinking about the complex pattern recognition process of modern-style MMA standup.

Although Zhang finally made it home to China, the coronavirus is still have an impact on her training.

And is likely to have an impact on the Zhang’s next title defence.

“Now there are no spectators, I feel a lot of things are missing and I don’t feel that special excitement. That’s why I think that spectators are really important. I don’t know how I would react if there is no audience. I really like spectators cheering for me or even booing me. I like that interaction.”

With there being a realistic possibility that crowds won’t return until 2021, there is a real chance that Zhang’s next title defence will be on Fight Island on Yas Island in Abu Dhabi. Somewhere she is very familiar with.

“I’ve been there before and watched a fight, and I also lived on that island when I was preparing for a fight.”

The current strawweight queen doesn’t seem to be fazed by increased media obligations or comparisons to UFC superstars such as Ronda Rousey or Conor McGregor, and most recently, to Chinese basketball star and celebrity Yao Ming. And while Zhang’s popularity has certainly skyrocketed in recent years, she has managed to keep herself focused and in a balanced mindset.

“I told myself that I must not become lazy, I must remember who I am, I should be the same as before I was champion and keep the desire to win,” Zhang said. “I have to keep that in mind, instead of thinking that I have already made it. Because once I start thinking like that, it’ll fast be the start of the descent.”

Who would you like to see Zhang Weili defend her UFC strawweight title against next?