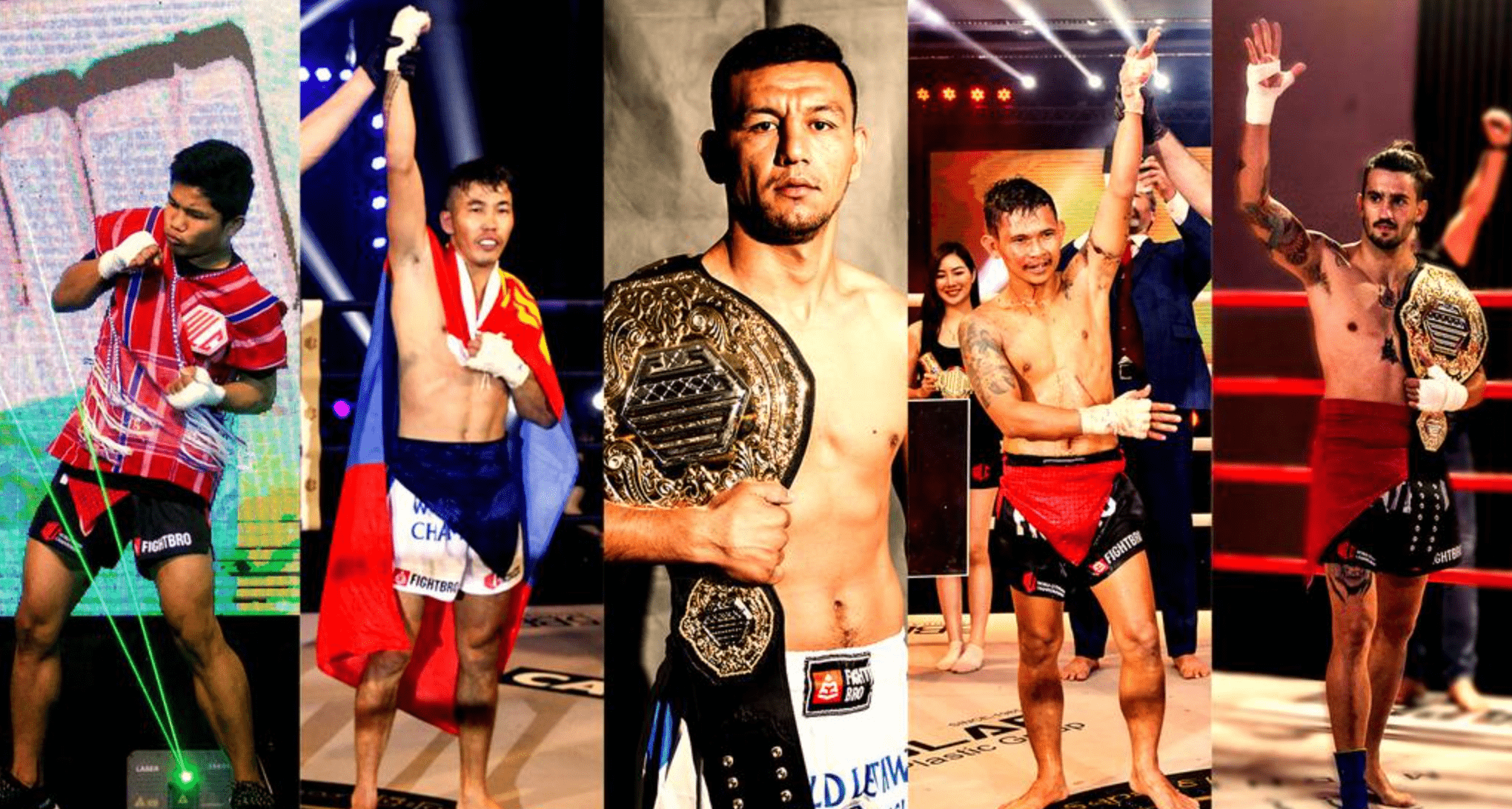 2020 has been a crazy year for everyone. And it was the same in the world of lethwei, where most live sports activities ground to a halt. This year, the World Lethwei Championship managed to hold three events, broadcast to over 100 countries around the world. A total of 41 fighters competed in those three events, and we’ve compiled our top five athletes who made an impact in 2020.

At WLC: Hideout Battle, the Mongolian sensation took on Uzbekistan’s Nur Mohammad of Uzbekistan in his lethwei debut. Myagmarsuren Borkhuu showed his passion for lethwei by mixing headbutts impressively with his other striking combos, against a game opponent who hit hard. The Tiger Muay Thai trained fighter was relentless going forward however, and got the TKO in the fourth round.

Hein Tun Aung has been a mainstay on WLC fight cards due to his exciting style. At WLC: Battlebones, he faced his very first non-Burmese opponent, Em Sothy of Cambodia. As soon as the opening round bell rang, he started his knockout strategy very cleverly. Unconcerned by his opponent’s power, he ate some huge strikes but kept stepping forward to counter. By the end of the bout, the Burmese star got the victory via unanimous decision, in the best performance of his WLC career.

Somiong Luktupfah has previously impressed in Muay Thai in Thailand, and finally made his lethwei debut at WLC: Battlebones at the start of the year, where he knocked out the Cambodian sensation Sok Rith in the second round with three knockdowns from three different techniques. In August, he featured again at WLC: Hideout Battle, and faced Uzbek-Korean kickboxing world champion, Artur Te. After non-stop action for five rounds, it was the home favourite who saw his hand raised with a split decision win, capping off an incredible 2020 for him.

After an illustrious career, Uzbekistan’s Naimjon Tuhtaboyev got his first chance to taste world championship gold in 2020, when he beat Too Too to win the WLC middleweight title at WLC: Battlebones. The win ended his opponent’s five year unbeaten record in lethwei. Having beaten him previously in Muay Thai in Thailand, the rematch went his way as well. After earning a hard fought split decision win, Thutaboyev was greeted by a hero’s welcome upon his return to Uzbekistan.

Before WLC: Lethwei Showcase, Antonio Faria, had won all three of his fights in the promotion. At the WLC’s most recent event, he faced Spain’s Francisco Vinuelas to defend his WLC light welterweight title. During the first round, he was knocked down, but the Portuguese lethwei sensation hung in there and showed his big heart. And after trading nine limbs with his opponent in the second and third rounds, Vinuelas’ corners stopped their man from coming out for the fourth round.

You can vote for your favourite stars and action ahead of the 2020 World Lethwei Awards. Voting begins on December 1st and voters stand a chance to win limited edition merchandise. Check out www.facebook.com/worldlethwei for more information.