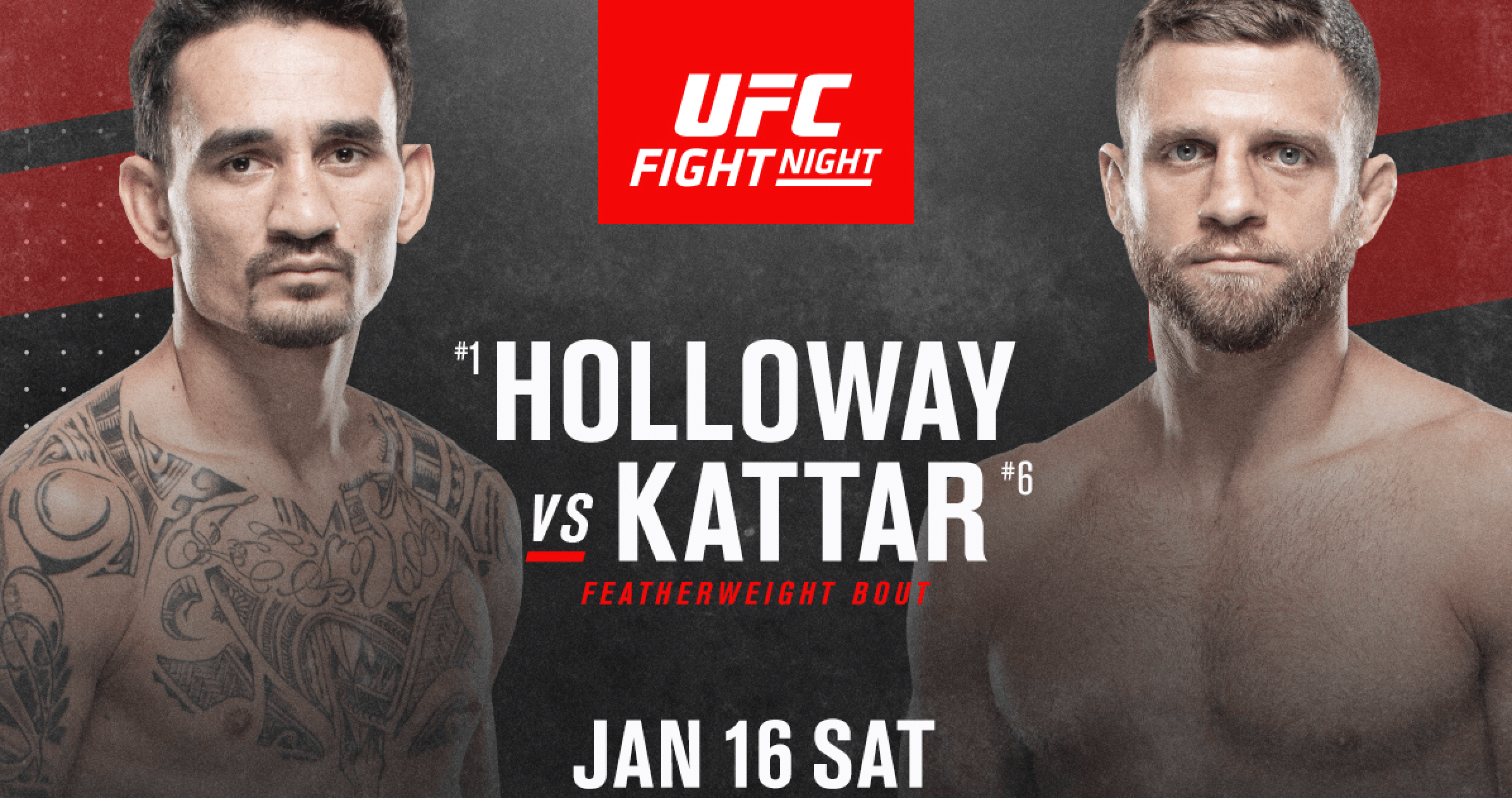 As this crazy year comes to an end, we can already look forward to some exciting fights in early 2021. In the last few hours, several big UFC fights have been announced. Including the return of former featherweight champion Max Holloway, for the first time since his controversial loss to the current champ Alex Volkanovski, in their rematch at UFC 251.

It’s been an extra special day for Holloway. Not only was it announced that he will headline the first UFC card of 2021, the 28 year old Hawaiian also took to social media to announce his engagement to pro surfer, Alessa Quizon.

The UFC also confirmed that Maycee Barber and Alexa Grasso are set to meet in an exciting flyweight contest at UFC 258 on February 13th. ‘The Future’ is coming off her first professional loss against Roxanne Modafferi at UFC 246. The 22 year suffered a partial ACL tear in the fight. Her Mexican 27 year old opponent is coming off a successful flyweight debut at UFC Vegas 8 against Ji Yeon Kim.

According to Brazilian MMA outlet Combate, Kamaru Usman is set to defend his welterweight title against Gilbert Burns at UFC 258. The 170lbs title fight was originally booked to headline UFC 256 next month, but the champion declared that he wouldn’t be fit in time.

Ariel Helwani has reported that a rematch between Chris Weidman and Uriah Hall is in the works for UFC 258. They first fought ten years ago for the Ring Of Combat middleweight title, when the ‘All-American’ won via a first round TKO in what was his third professional fight. The former UFC middleweight champion recently bounced back from back-to-back losses by defeating Omari Akhmedov at UFC Vegas 6. ‘Primetime’ meanwhile, is coming off a fourth round TKO win over Anderson Silva in the UFC Vegas 12 main event.

In other UFC fight news, a top 15 light heavyweight clash between Misha Cirkunov and Ryan Spann has been added to UFC Vegas 17, the promotion’s last card of the year on December 19th. First reported by Dutch MMA outlet MMA DNA.

According to MMA Junkie, the UFC is working on a featherweight matchup between Gabriel Benitez and Justin Jaynes for UFC Vegas 16 on December 5th, and on a bantamweight contest between Drako Rodriguez and Aiemann Zahabi at UFC Vegas 17.

And for fans disappointed not to see Robbie Lawler fight Mike Perry this weekend at UFC 255, they won’t have to wait too long to see him return. Brett Okamoto has reported that the injury that caused him out of this weekend’s card isn’t serious, and that he should return in early 2021.

Which newly announced fight are you most looking forward to?