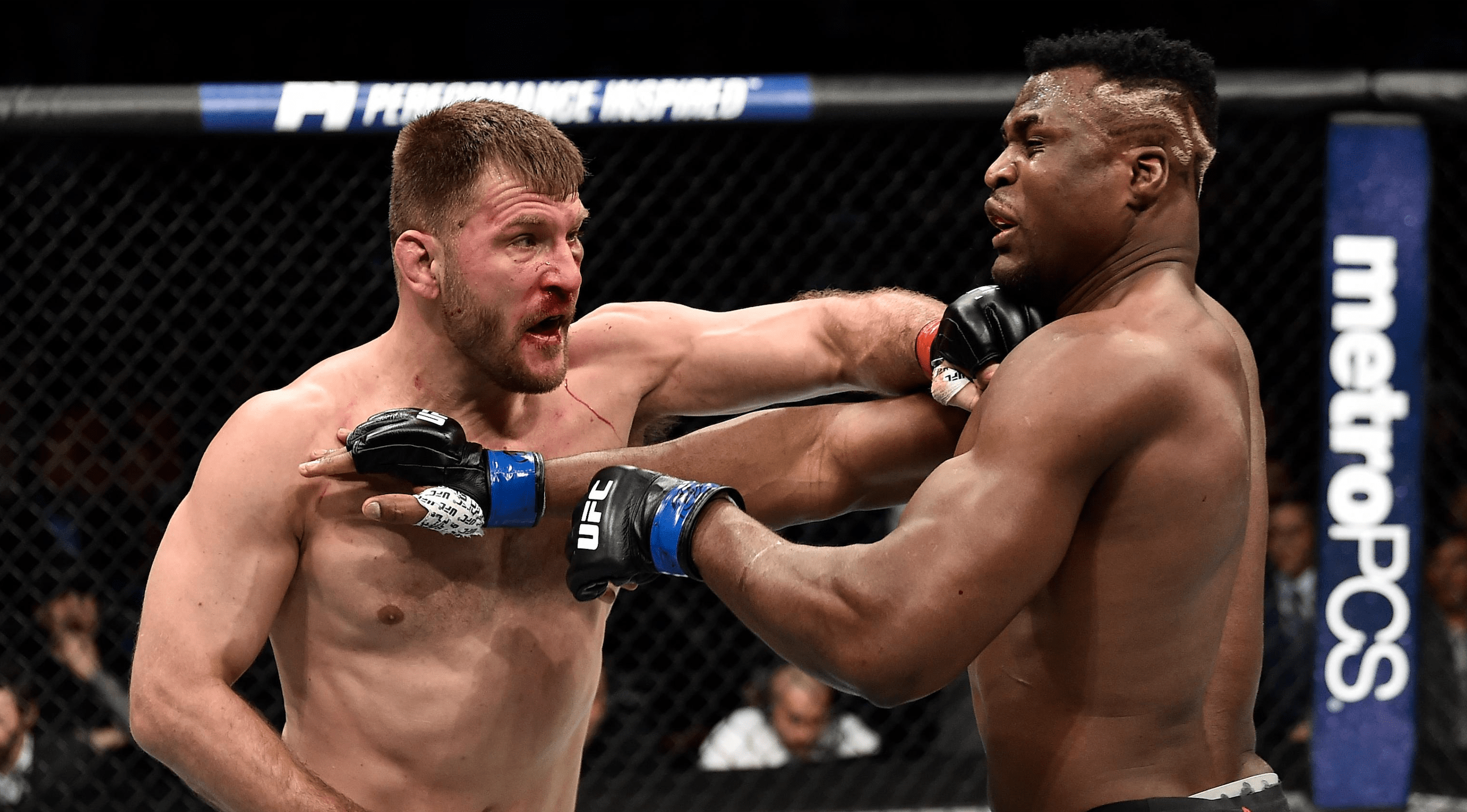 UFC heavyweight champion Stipe Miocic is really excited for Francis Ngannou vs Jon Jones. The two megastar fighters have been calling out each other in the last couple of weeks, since ‘The Predator’s’ 20 second win over Jairzinho Rozenstruick at UFC 249.

Jones has openly expressed a desire to move up to the heavyweight division in recent years. Although the UFC appears to have put the brakes on the idea for the time being, if it does happen, it would certainly be one of the most anticipated fights in recent years.

Miocic is currently busy with his first responder duties in his hometown of Ohio and is set to defend his belt against Daniel Cormier in a trilogy match once the coronavirus situation improves. Speaking to MMA Fighting, the heavyweight champion gave his thoughts on the potential matchup between Jones and his former opponent, Ngannou.

“That would be a good fight,” Miocic said. “Interesting matchup. I think anyone fighting [Ngannou] is a tough fight cause he’s so explosive and he hits super hard. That’s the one equalizer.

“He might not be as technically sound as Jon Jones but he does have power.”

Miocic defended his title against Ngannou at UFC 220, in 2018. In the five-round bout, the champion was able to dodge the huge bombs thrown at him by the Cameroonian powerhouse and eventually registered a win via unanimous decision.

Ngannou lost his next fight against Derrick Lewis but has won all four fights since, finishing all four opponents in under 90 seconds. Whereas UFC light heavyweight Jones, the number one pound-for-pound fighter in the UFC, is coming off a controversial title defence against Dominick Reyes at UFC 247.

Just like Miocic was able to defeat Ngannou with his technical abilities and a perfect game plan, he thinks that Jones could very well do the same. But he also believes that the power factor always makes the fight unpredictable.

“I definitely think [Jones] can win with a great game plan but like I said anything can happen,” Miocic said. “You’re wearing small gloves, heavyweight division, dude throwing bombs. Anything can happen honestly.”

On his own return to the Octagon, Miocic confirmed that he will definitely return to face Daniel Cormier this year.

“I’ll be fighting before the end of the year, no question,” Miocic said. “100 percent.”

Would you like to see Francis Ngannou vs Jon Jones at heavyweight?