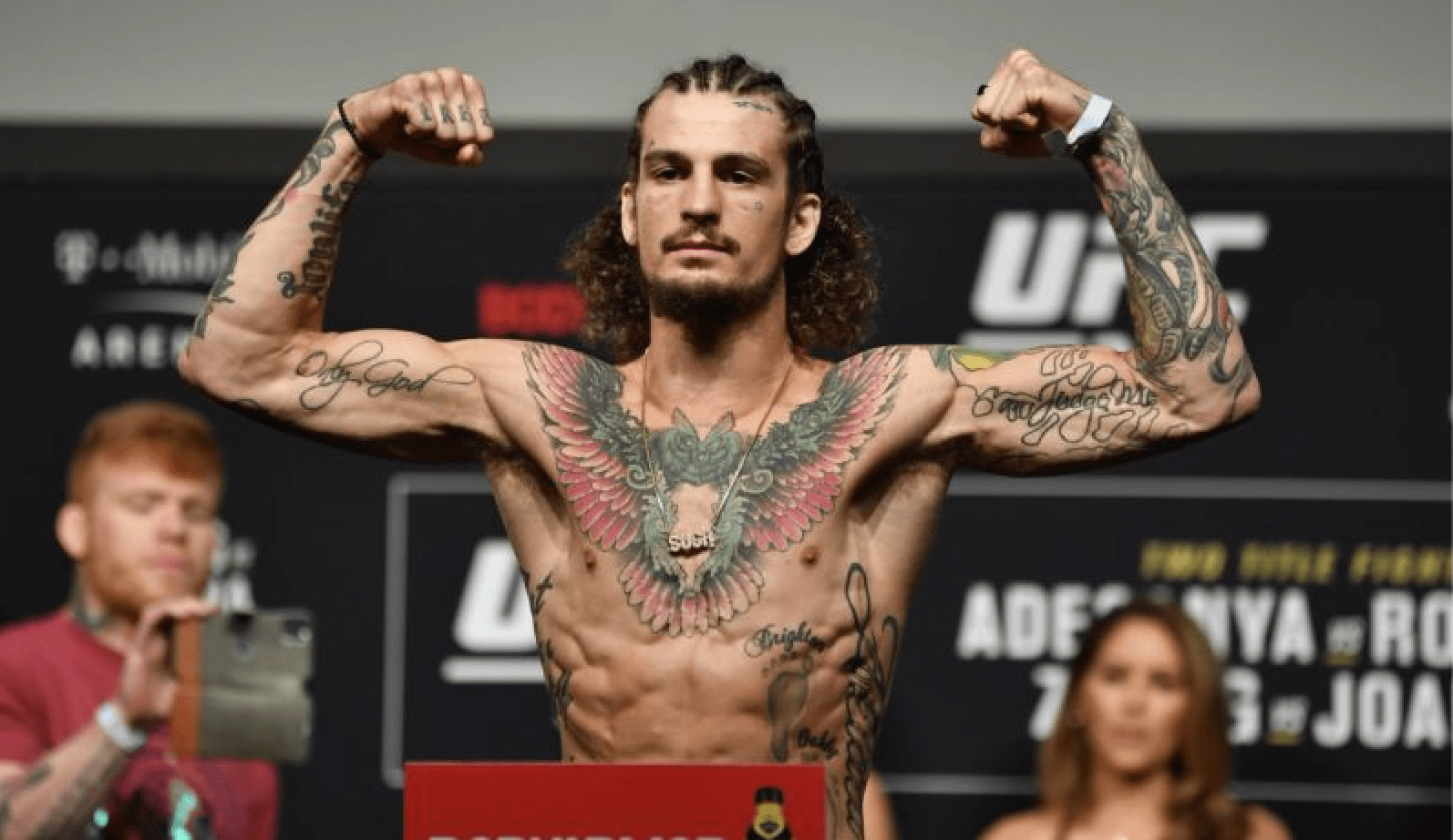 Sean O’Malley is fast becoming one of the biggest stars in the UFC. But despite coming off two first round finishes, including a spectacular walk-off knockout over Eddie Wineland in his last fight at UFC 250, there are many who still doubt how good he really is. One such person is the former bantamweight champion, Cody Garbrandt.

“I Don’t Think Cody Garbrandt Wants To Fight Me”

‘Suga’ has been going back and forth on social media with Cody Garbrandt, ever since they were debating whose knockout was better at UFC 250. Speaking to MMA Fighting, O’Malley said that he doesn’t think that Garbrandt wants to fight him, under any circumstances.

Although Garbrandt is clearly downplaying O’Malley, the undefeated prospect believes he’s in the former champion’s head.

“I think I’ve been in his head. I think he probably watched my fight with Jose Quinonez because we didn’t have any beef back then but I bet he was thinking ‘I’m going to avoid that fight’ back then.

“Then I knock out Eddie [Wineland] and he knocks out [Raphael] Assuncao but like I said, I think I said it on a podcast the other day, I respect Cody a lot. He got knocked out not once, not twice, he got knocked out three times in a row and then he comes back and fights a tough guy like Assuncao and he got the job done.”

For O’Malley it is more about expressing his belief in himself, rather than trash talking.

“There’s respect there 100 percent, but I just think my skillset versus his skillset, I beat him. That’s what it comes down to and obviously not afraid to express how I feel about that fight. He’s just getting hot headed, and obviously if someone talks crap, he’s going to talk crap back. It just worked out good.”

Last week, it was confirmed that ‘Garbrandt is moving down to flyweight to challenge Deiveson Figueiredo for the title at UFC 255 in November.

O’Malley has also got the attention of the former two-division UFC champion Henry Cejudo, who stated that a high school wrestler could defeat him. ‘Suga’ however believes that he’s a bad matchup for ‘Triple C’. While not surprisingly, ‘The King Of Cringe’ has said a fight would end badly for the 25 year old if they fought.

Cejudo remains retired however, having announced that he was hanging up his gloves after successfully defended his bantamweight title against Dominick Cruz at UFC 249 this past May.

Speaking to BJPenn.com, O’Malley dismissed Cejudo’s claim that an average wrestler would beat him, and accused the 33-year-old of retiring to avoid fighting himself and the division’s new champion, Petr Yan.

“I don’t really care to shut up those people,” O’Malley said. “Those people’s opinions, I’m going to fight a wrestler. I’m in the UFC and I’m 25-years-old. I’m not worried about it. Cejudo retired, I don’t understand.

“I think he was scared of Petr Yan because he knew Petr was going to be next so he thought he should get out while he still can because Petr would f*** him up. Henry is a little scared to fight. He saw that I was coming up, and he saw a couple of other threats and got scared.”

O’Malley though, thinks Cejudo will come out of retirement after he parts ways with his girlfriend.

“He got his first girlfriend and doesn’t want to fight anymore,” he said. “That is all I see. I would never retire if I was in my prime. If I’m the top dog and I’m healthy, the only reason you retire is because you get a girl and that stung his little soul when I said that because it is true.

“Everyone has had a girl that just takes over your life like f***, what happened? There is no difference here and they will break up soon and I think he will come back.”

O’Malley is set to face Marlon Vera this weekend in the UFC 252 co-main event.

How do you think Sean O’Malley would do against Cody Garbrandt and Henry Cejudo?